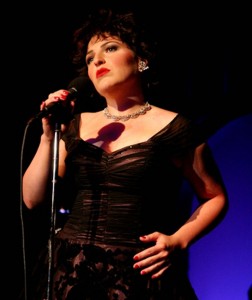 The life, friendships and music of legendary country singer Patsy Cline are celebrated as Beef & Boards Dinner Theatre presents a new show to its stage this season. Always… Patsy Cline opens for the first time at Beef & Boards on May 6, with performances continuing live through June 6.

Always… Patsy Cline is based on the actual friendship the singer had with a fan named Louise Seger. After a chance meeting before Patsy Cline performed at a Houston honky tonk, the two became fast friends and pen pals. Patsy ended each of her letters to Louise by signing “Always… Patsy Cline.” These letters are the foundation of this storytelling musical – a tribute to the enduring legacy of Patsy Cline.

There are 36 performances of Always… Patsy Cline scheduled in the intimate space of Beef & Boards Dinner Theatre.

Tickets range from $35 to $58, and include Chef Odell Ward’s specially prepared buffet, with a fruit & salad bar, unlimited coffee, tea and lemonade. Parking is free.

Always… Patsy Cline is sponsored in part by WFMS 95.5, The Country Station.