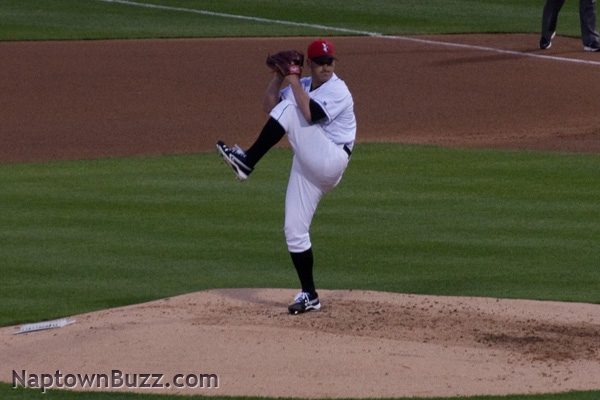 Victory Field in downtown Indianapolis was rocking Friday night for the Indianapolis Indians home opener against the Toledo Mud Hens in front of a record setting home opener crowd of 14,073.

Maybe it was the unusual warmth we’ve had this year so far that brought everyone out. Or maybe it was the downtown electricity still flowing from the Super Bowl. But you could feel the excitement in the air and the smell of burgers and brats reminded us that summer is arriving and it’s time for the greatest summer pastime.

One of the largest off-field talked about items was the new Indianapolis Indians Victory Lager brewed by Indianapolis based Sun King Brewing.  While I was unable to have any myself, as with any Sun King beer I’ve had, I have no doubt it’s good.

On the field there was no shortage of excitement either.  With a tied ballgame in the bottom of the ninth, based loaded, two outs, designated hitter Nick Evans (22) singled to bring in left fielder Gorkys Hernandez (7) for the winning run, giving the Indians a 3-2 victory and bring their season record to .500 at 4-4.  The victory went to reliever Daniel McCutchen (2.0 IP, 1 BB, 3 SO), who improved to 1-0 on the season.

Following the game we had our first Friday Night Fireworks of the season, which is always fun to stick around for.

The only downside to the evening, also 60-degree Guarantee Night, was the fact that it was 62-degrees at the first pitch, thus everyone in attendance didn’t get a free ticket to another April home game.  But is that really a downside? Not hardly! It was a fantastic evening at the Vic and we look forward to bringing you regular coverage of the team throughout the season.

The Tribe is home through next Friday, so check the April schedule and be sure to make it out to a game.

For your viewing pleasure, here are some of our top pictures of the evening, including the winning run, Naptown Baby Buzz, Mel McMahon interviewing John “My Car Doc” Cannon, Rowdie & the fireworks. 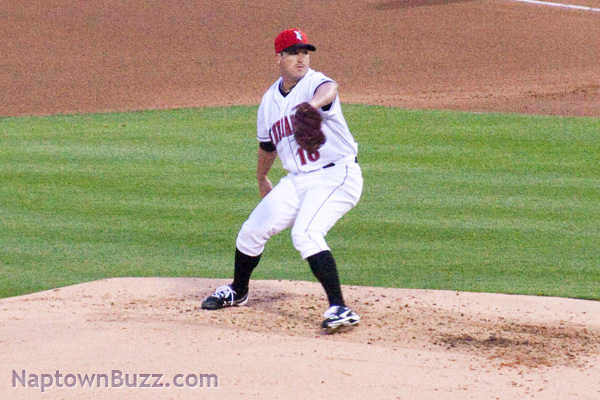 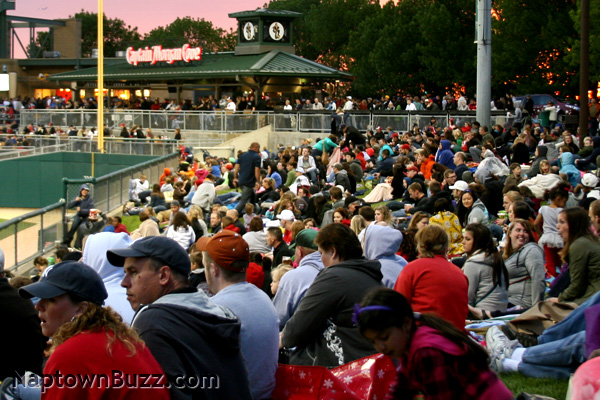 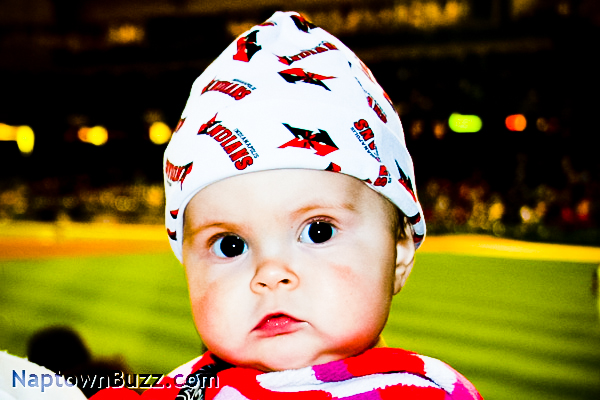 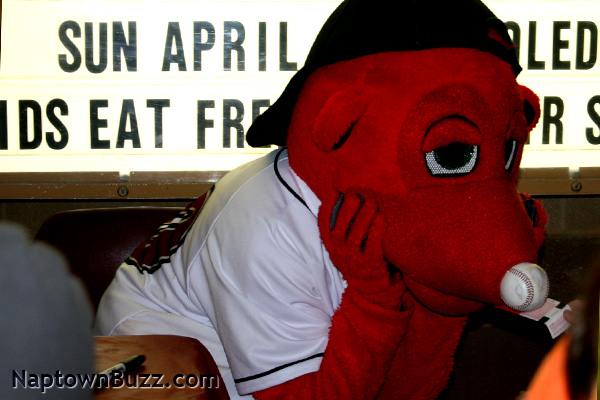 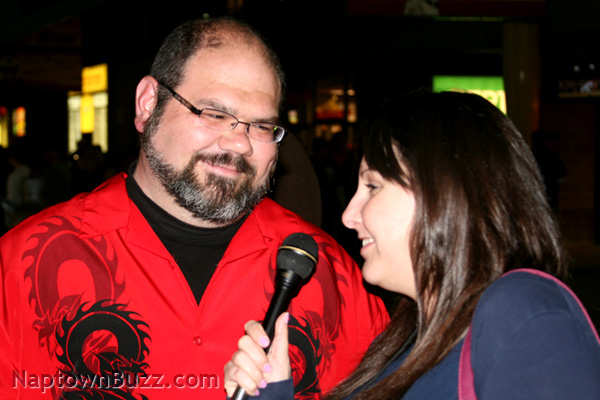 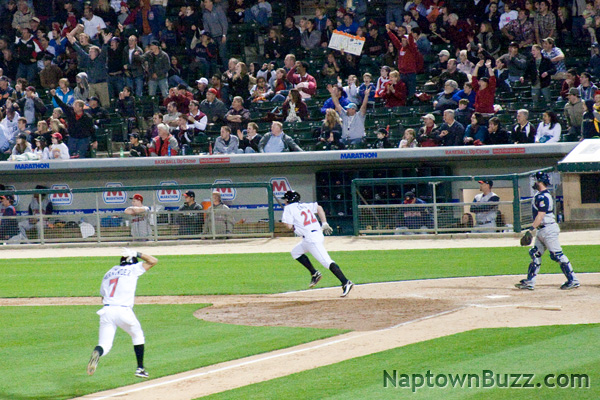 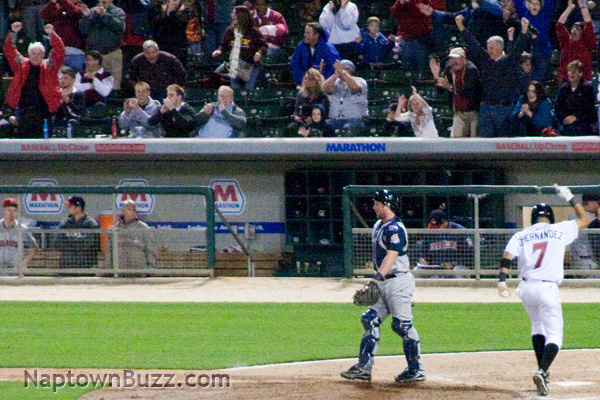 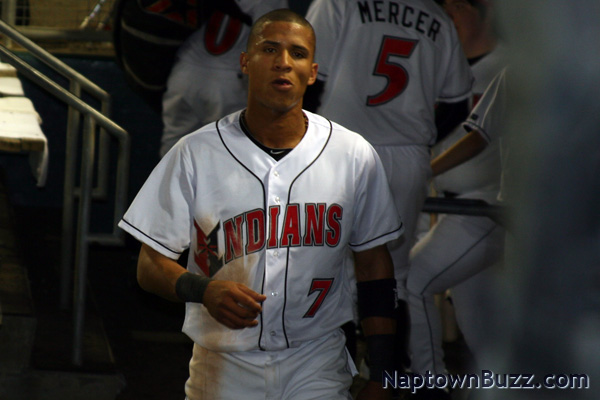 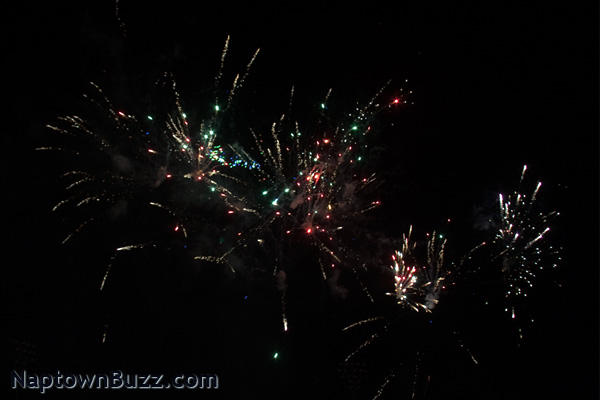 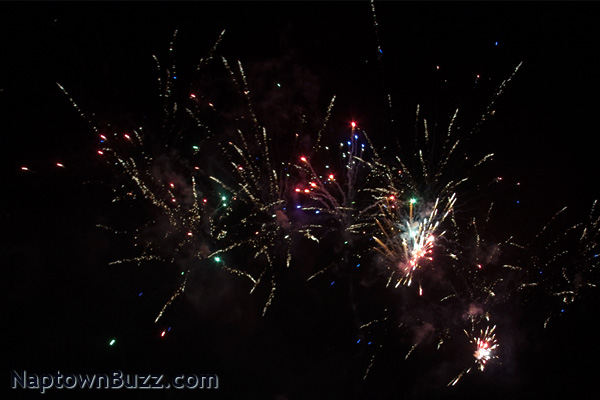