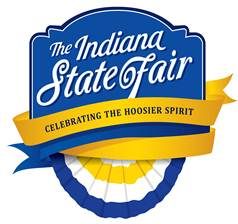 The 2012 Indiana State Fair is presenting concerts at Bankers Life Fieldhouse including Barry Manilow (Fri, August 3), Train (Sat, August 4), Journey with Pat Benatar and Loverboy (August 8) and Blake Shelton (Fri, August 17), but that does not mean the entertainment will be absent at the fairgrounds.  The “Free Stage” at the 2012 Indiana State Fair will host daily entertainment and performances from multiple genres.

* BOBBY DEEN – Celebrity Chef was supposed to be on the free stage on August 10th but had to cancel.