You are here: Home / Arts & Entertainment / She Does Is Magic’s My Height in Heels 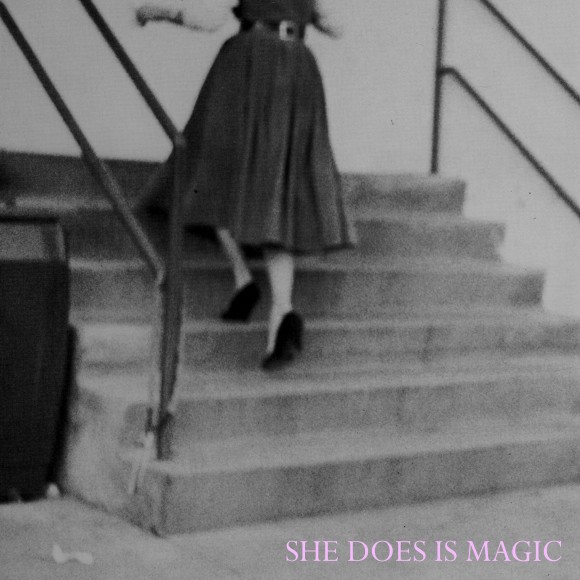 She Does Is Magic’s album, My Height in Heels, released this month on flannelgraphrecords, reminds me of the long drive I took to and from college; it was easy and mild, which is exactly the way I would describe this album.  She Does Is Magic doesn’t offer anything new in the realm of light indie rock-pop, but they won’t offend anyone’s sensibilities either.  Many of their tracks are breezy instrumentals, perhaps perfect complements to the end credits of an independent romantic dramedy.

“The Way” and “Sing with Me” remain the most notable vocal tracks, with Chad Serhal doing his best Brandon Flowers impersonation.  Serhal, Mark Walker on bass and Nathan Dynak on drums in fact create a The Killers/Vampire Weekend mash-up.  However, My Height in Heels lacks the sincerity and power of The Killers and the satire and self-awareness of Vampire Weekend.  “Day at the Lake” will go down as my favorite song on the album, probably because it sounds the most like the latter band.

Despite my issues with the album, it is produced well and the composition of the songs is mostly seamless.  I don’t find any sloppy playing or over-affected vocals, which puts She Does Is Magic above many bands.  Their sound is downright pleasant and definitely harmless, though I’m not sure “harmless” is an adjective a rock-and-roll band wants as a descriptor.

I encourage whoever writes the lyrics in She Does Is Magic to dig a little deeper.  A laid-back sound doesn’t mean you can’t get a little gritty and dark.   “You’ll Miss Me” almost captures the stubborn denial of a man recently dumped, but the sentiment lacks conviction.  My Height in Heels seems somewhat incomplete and awkward throughout, much like the name of the band.

Planning a long summer road trip?  Pick up this album and throw a few tracks on your driving playlist.  On a scale of 1 to 5 fixie bikes, I give She Does Is Magic’s My Height in Heels a 2.5.