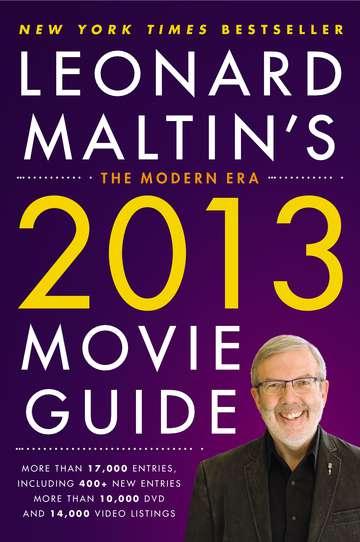 In this 1,664 page reference book Leonard Maltin includes more than 17,000 capsule movie reviews as well as a listing of popular actors and actresses and the films they have appeared in.

To test the depth of the movies covered in Leonard Maltin’s 2013 Movie Guide: The Modern Era, I requested that our Twitter followers and Facebook fans send the title of any theater released movie prior to 2007.  Sure enough, all movie titles submitted were indeed found in the book.

However, if you’re looking for indie films, or direct to video releases, there is a chance that you will not find them listed here.

For example, the worst movie I have ever seen, the independent film Zombie Nation, was not in the movie guide. But to be honest, I wouldn’t waste the space and the ink to include a capsule review of that film either.

Bottom line, Leonard Maltin’s 2013 Movie Guide: The Modern Era would be a perfect book for any movie lover wanting a quick reference movie guide at their fingertips.