You are here: Home / Arts & Entertainment / Rome at The Vogue Theatre in Indianapolis on November 10th 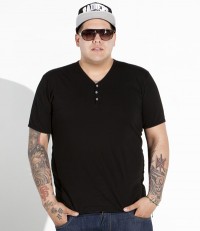 Reggae rock artist Rome will perform on Saturday, November 10 at 7 p.m. EST (doors open at 6:30 p.m. EST) at The Vogue Theatre in Broad Ripple with Anuhea.

Hailing from the San Francisco Bay Area, Rome grew up on artists ranging from Bob Marley and Bad Brains to The Temptations and Jimi Hendrix to Nirvana and N.W.A., thanks to his family’s wildly eclectic tastes in music. “My parents listened to the exact opposite stuff – my dad liked rap, reggae, and punk rock, and my mom was totally into Top 40 and Motown,” Rome explains. “I always feel like I got the best of both worlds.” After starting to play guitar when he was 11 years old, Rome was hooked, later adding bass, drums, and piano to his repertoire. “All I wanted to do was play. It was probably the worst day for my mom because I just started going really downhill at school,” Rome laughs. “But I also started getting pretty good with music.”

Rome’s talent continued to grow, but he was struggling in other parts of his life. Music was an escape in many ways, and, eventually, he began writing his own songs. “At that point, I was having a lot of trouble with school and feeling like I wasn’t living up to people’s expectations,” Rome relates. “And just being able to put these thoughts in my head down on paper, it was the most amazing therapy for me. It felt right and I knew I was never going to stop doing it.”

Rome’s musical ventures led him to Southern California and a chance meeting with Sublime bassist and co-founder Eric Wilson. The young musician’s passion and talent immediately struck Wilson, and shortly thereafter Sublime with Rome was formed. In 2010, Rome scored his first commercial success collaborating on the Dirty Heads’ #1 single “Lay Me Down” – a song he co-wrote and provided guest vocals on. A year later, Sublime with Rome released their album Yours Truly, featuring many of Rome’s early compositions including the band’s top 5 hit “Panic.”

Would you like to go see Rome for FREE?

To enter please fill out the form below or e-mail us with your full name,valid e-mail address by 11:59pm on Wednesday, October 31, 2012 and one (1) lucky winner will be chosen at random to receive a pair of tickets.

The winner will be notified by Monday, November 5, 2012 via e-mail.