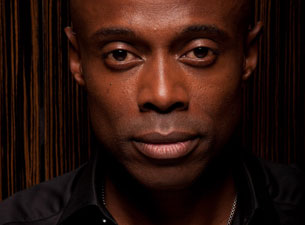 KEM will be at the Murat Theatre at Old National Centre on Thursday, February 14 that 7:30 p.m. for an unforgettable show. A galvanizing live performer, who commands the stage with his soulful vocal ability and captivating stage presence, KEM promises to deliver a standout live experience not to be missed.

Music saw singer/songwriter/producer, KEM, through the darkest moments in his life as a child, which is where his love of music began. KEM, a Grammy nominated talent has been solicited by many artists and filmmakers. He wrote and performed, “Tonight,” which is included on the soundtrack of the Tyler Perry movie, “Madea’s Family Reunion.” KEM’s remake of Nat King Cole’s song, “Fascination” is featured in the Antonio Banderas movie, “Take the Lead.”

After the release of Intimacy, KEM headlined his sold-out national “Intimacy Tour.” Combined, KEM’s three albums have sold in excess of 2.2 million units. KEM also made his big-screen acting debut with the release of the movie, Sparkle, starring Jordin Sparks and the late Whitney Houston.

Additional information, including show dates and recent news is available at www.musicbykem.com.