You are here: Home / Arts & Entertainment / Arts / Robert Indiana Print Retrospective to Premiere at the Indianapolis Museum of Art in 2014 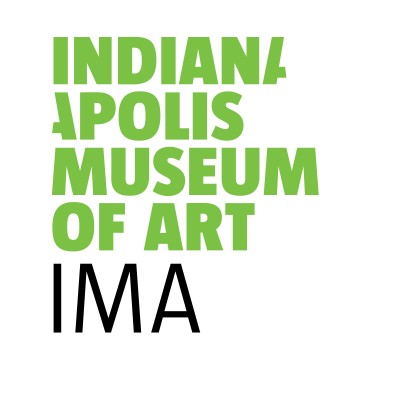 The first print retrospective of Robert Indiana’s powerful graphic work in over 40 years will premiere in the state whose name he adopted as his own. On view at the Indianapolis Museum of Art beginning February 14, 2014, The Essential Robert Indiana will re-affirm the artist’s role as one of the premiere printmakers in modern art and demonstrate the importance of his graphic works in the context of his larger career. The first touring retrospective of Indiana’s graphic work since 1969, the exhibition will feature more than 50 works—including 20 from the IMA’s own collection. On view from February 14 – May 4, 2014, The Essential Robert Indiana is organized with the active participation of the artist and presents a uniquely autobiographical approach to Indiana’s work that has never before been explored in-depth.

“The IMA was the first museum Robert Indiana ever knew and is one of the leading museums with a depth of holdings in his work, so this exhibition represents a homecoming for the artist on many levels,” said Martin Krause, exhibition curator and Curator of Prints, Drawings and Photographs at the IMA. “This exhibition will feature Indiana’s most complex, self-referential and autobiographical images, revealing new insights about the artist’s inspiration for many of these works.”

“We are delighted to showcase prominently in our Allen Whitehill Clowes Special Exhibition Galleries the work of Indiana’s most famous living artist. Robert Indiana’s iconic art means so much to our city and our state, and we’re proud to share it with our visitors,” said Dr. Charles L. Venable, The Melvin & Bren Simon Director and CEO of the IMA.

The Essential Robert Indiana explores the stories behind many of Indiana’s most iconic works for the first time, using material drawn from extensive oral and video interviews with the artist to uncover new meanings and complexities. The fifty-seven prints featured in the exhibition include his “American Dream” series and his homages to such painters as Picasso, Charles Demuth and Marsden Hartley. The exhibition will also include several examples of Indiana’s famed “LOVE”,  an image that began as a Christmas card design and morphed into the most recognizable of Indiana’s images—and one of the most iconic images in the history of American art. While Indiana’s “LOVE” has taken many forms, the most common colors used are red, green, and blue, inspired by the colors of the Phillips 66 gasoline station signs, the company for which his father worked in the 1930s, and the blue of the Hoosier sky. The exhibition will also feature 21 “autoportraits” made by the artist over the course of his career that use symbols and forms related directly to his location, sources of inspiration, and state of mind at the time they were made.

Robert Indiana, born Robert Clark in 1928, has been charting a course with his graphic works for over sixty years. In 1958 Indiana adopted the name of his native state, a way of acknowledging his roots in the American Midwest. At this time, screenprinting became Indiana’s chosen print medium. He has said that screenprinting was an ideal medium for the hard-edged, geometric, simply worded and cardinally numbered works for which he is best known. Following his national emergence, Indiana began producing paintings and prints in his classic Pop Art style, establishing a vocabulary of several basic shapes that would endure throughout his career. While occasional figuration or illustration appears in his art, he prefers to utilize geometric shapes to form complex patterns, predominantly featuring primary colors and boldly geometric numbers, letters, words and phrases.

The exhibition will be accompanied by a 150-page, fully illustrated monograph that includes an essay by John Wilmerding, a former curator and professor at Princeton. The catalogue will feature a series of 1960s portraits of Robert Indiana taken by photographer William John Kennedy, including some images published for the first time. It will also feature individual decodings of Indiana’s prints by exhibition curator Martin Krause as revealed to him through continuing conversations with the artist. Co-published with Del Monico/Prestel, the catalogue will be accompanied by a digital publication that will include expanded content.

In celebration of the exhibition, Robert Indiana’s Numbers, which were commissioned in 1980 for the 20th anniversary of Melvin Simon & Associates and are now a part of the IMA’s collection, will be relocated around the museum building and campus. Since their creation more than three decades ago, the eight-foot tall polychrome numbers have been utilized to commemorate important anniversaries and celebrations.