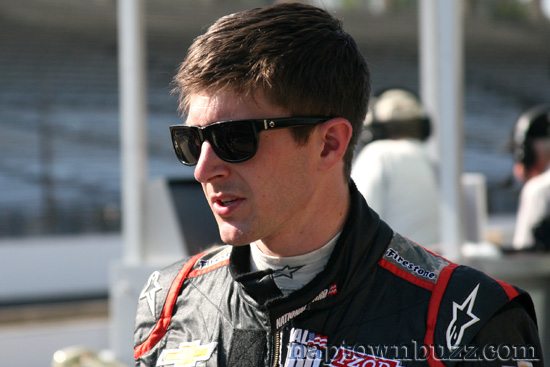 Panther Racing announced that Ryan Briscoe will replace JR Hildebrand as the driver of the No. 4 National Guard car for the Chevrolet Indy Dual in Detroit presented by Quicken Loans on May 31-June 2.

Briscoe, a seven-time IZOD IndyCar Series race winner, finished 12th in the Indianapolis 500 on May 26 in a Chip Ganassi Racing Teams car. He broke into the series with the Ganassi team in 2005 and drove for Team Penske for most of the past five seasons.

“He’s a championship-caliber driver who’s proven he can win races on any type of track in the IndyCar Series,” team managing partner John Barnes said. “We have no doubt he can jump right into our program and put the No. 4 National Guard Chevy at the front of the field.”

Earlier in the day, Panther Racing and Hildebrand announced their mutual agreement to terminate Hildebrand’s contract, which was scheduled to continue through the end of the season. The team did not announce a driver for succeeding events as the IZOD IndyCar Series has races each of the next four weekends.

Hildebrand, the 2009 Firestone Indy Lights champion, made 37 of his 39 IZOD IndyCar Series starts with Panther Racing. He recorded a high finish of second in the 2011 Indianapolis 500. Hildebrand spun and made contact with the Turn 4 SAFER Barrier on Lap 4 of the 97th Indy 500.

“I want to thank Panther Racing for the opportunity to drive the No. 4 National Guard Chevrolet,” Hildebrand said in a statement. “It was a privilege to represent our men and women in uniform, along with the National Guard Youth ChalleNGe and the team’s veteran employment initiatives. I’m very much looking forward to the next chapter in my IndyCar career.”

Briscoe, 31, an Australia native and North Carolina resident, has 13 earned pole starts, including the 2012 Indianapolis 500.

“I’m unbelievably excited to be back in the IndyCar Series with Panther Racing and to have the opportunity to drive the National Guard Chevrolet this weekend,” Briscoe said. “I’ve competed against this team for a long time and it will be great to have the opportunity to work with John Barnes and the Panther guys. I’m confident we’ll all work well together and be able to hit the ground running this weekend in Detroit.”