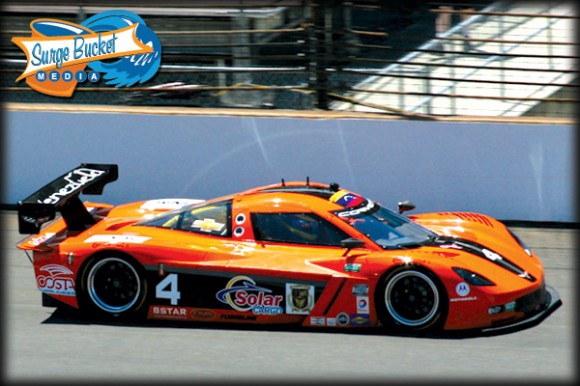 Sebastien Bourdais already has a winner’s trophy from the Brickyard Grand Prix at Indianapolis Motor Speedway. He’s hoping to bring that same success to 8Star Motorsports.

“There’s a lot of very good and talented people at 8Star and I’m happy to be involved,” Bourdais said. “I’m very much looking forward to racing at Indianapolis Motor Speedway, obviously, having won last year’s inaugural Grand-Am race there. Indy is a pretty cool event and a cool track.”

Bourdais is riding a wave of confidence after returning to an Indy car podium at the IZOD IndyCar Series races July 13-14 at Toronto. He vaulted to 16th in the point standings after finishing second and third in the doubleheader weekend.

“I think we’ve got a really workable base to begin with now,” Bourdais said. “We’ve got some work to do and we’ll keep at it. To go from where we were to be challenging for the podium — that’s pretty sweet.”

Through 10 races that netted bests of 11th on a road/street circuit and 14th on an oval, the team released race engineer Neil Fife, who had worked with Bourdais since 2011 at Dale Coyne Racing, and added Tom Brown (who most recently had worked at HVM Racing).

“At the end of the day it’s a completely different challenge when you have to start from scratch,” said Bourdais, whose last Indy car victory was at Mexico City in 2007. “It’s a challenge to bring people onboard and try to get the right chemistry.

“Tom came with kind of an idea and we just went more and more toward that direction. It just clicked for the first qualifying. ‘Oh, OK, now we got grip. Now I can push.’ It was a pretty big eye-opener. Then we just kept working at it all weekend. Once you get closer, baby steps.”

In 2012, Bourdais had strong qualifying efforts (five top 10s, including a high of third at Sonoma) and posted a season-best fourth-place finish at the Mid-Ohio Sports Car Course. The IZOD IndyCar Series returns to the 2.258-mile, 13-turn road course Aug. 2-4 for the Honda Indy 200 at Mid-Ohio. Five of the final six races are on road/street circuits.

“I really thought at the end of last year that we were going to have an awesome (2013) season,” Bourdais said. “We just didn’t adapt very quickly to the new tires. Finally, I think we understood something and it’s the turnaround for our season.”