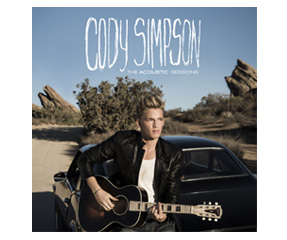 Music has played an integral part in Cody’s life since he was a child. Watching his dad sing and play guitar for friends and family at parties and backyard barbecues taught him the power that music has to bring people together. Inspired, he asked for his own guitar and began taking lessons at the age of seven. After learning a few chords, Cody wrote his first song. He continued practicing and soon began posting YouTube videos of himself performing his original songs alongside stellar covers by some of his favorite artists like Justin Timberlake, Jason Mraz, and Jack Johnson, racking up millions of views.

Cody has made a host of high-profile TV appearances, including The Today Show, Live! with Kelly, Extreme Makeover: Home Edition, Bucket & Skinner’s Epic Adventures, So Random, The Early Show, and The Ellen DeGeneres Show, not to mention as a performer and mentor on Radio Disney and the Disney Channel’s “N.B.T. (Next Big Thing)” talent contest. He was among the top stars featured at Nickelodeon’s 2012 Kids Choice Awards where he presented and took home the award for “Favorite Aussie Star,” and at Australian Nickelodeon’s 2011 Kids Choice Awards, where he won “Awesome Aussie,” “Aussie Muso,” and the prestigious “Super Fresh.” Cody showcased his latest tracks “Pretty Brown Eyes” and “Awake All Night” as part of a stellar live appearance at the 2013 Radio Disney Music Awards.

In 2012, Cody launched his first-ever European headlining tour and hit the road as support for Justin Bieber’s U.S. and European Believe Tour, playing to crowds of 20,000. “It was a great experience for me. I was really motivated to make my show even better by watching what Justin and his team were doing on the Believe Tour,” Cody says. “I had to prove myself on his tour. My goal was to go out there every night, get people up on their feet, and turn everyone in that arena into a fan of mine.” Cody recently kicked off his Paradise Tour, which visits 36 cities in North America.

In October, HarperCollins will publish Cody’s official autobiography Welcome To Paradise: My Journey, which will feature never-before-seen photos and exclusive details about Cody’s life on and off stage, including his early years as a competitive swimmer. “I really wanted to tell my story in my own words and share my experiences,” Cody says. “Everything I do, whether it’s the music, the live shows, and now the book, is about letting the fans get to know me better. I want them to feel as if we’re mates.”