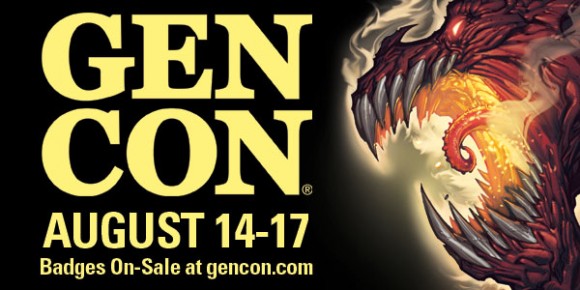 Gen Con, “The Best Four Days in Gaming”, returns to Indianapolis this weekend, and Naptown Buzz will be there snapping photos and checking out what’s going on!

If you’ve not been to Gen Con before, I recommend giving it a whirl. The first time I covered Gen Con, I went in under the impression that it was a TON of people who liked to play Dungeons & Dragons, or Magic the Gathering, while dressed up like Star Wars characters. While those games are popular, as are the Star Wars costumes, Gen Con is so much more than that, and you can play just about any game out there (and some truly are “out there”).

Here are five things I’m interested in seeing this year:

The Dungeon: Last year I stumbled into some sort of dungeon area that reminded me more of a haunted house than anything, but no one was jumping out at anyone. In this area, which is as dark as night, apparently some sort of game was going on and people were collecting coins of some sort. If this is taking place again this year, someone, please clue me in as to what is going on.

Food Trucks: Returning to Gen Con are more than 40 of Indianapolis’ best food trucks, offering attendees a huge variety of cuisines throughout the show. Stationed along Georgia Street and Capitol Avenue, great eats await just outside the convention center doors! Click here for a full schedule and listing.

Costumes: If you’re anywhere downtown Thursday through Sunday, I’m sure that you’ll see plenty of costumes. Grab your camera, take some photos, and try to figure out what/who they’re supposed to be. For added fun, bring along some candy to hand out, as this is like Halloween in August!

Games (Duh!): Settlers of Catan & Ticket to Ride are standby favorites to watch, and to play. But going through the Gen Con Catalog, games such as Bedpans and Broomsticks (Will you evade capture, use your tools and decoy to confuse and stall the retirement home staff, and find your way out the front door first?), Flapjacks & Sasquatches (Grab your trusty axe, and have some bacon, but avoid forest fires and the dreaded Sasquatch in this fast & furious stick it to your neighbor card game about lumberjacks in the Great White North!) & Flea Marketeers (You have finally landed the job of your dreams! Building up your own flea market area, swindling other Marketeers, & dealing in “Americana Treasure” – what could be more fun?) are sure to be something you’ll remember for years to come.

Stay tuned for more Gen Con coverage, and if you’re headed out to Gen Con, try to find me!