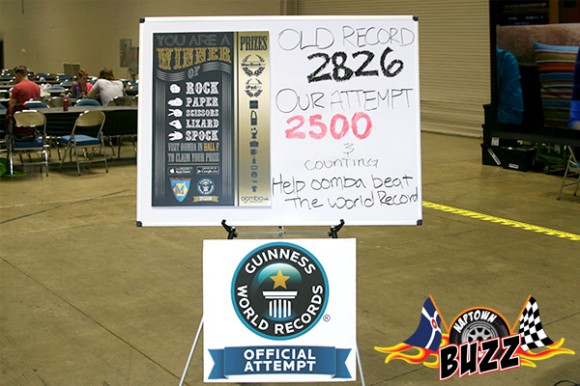 On Friday I stumbled across the Rock, Paper, Scissors (, Lizard, Spock) Guinness Book of World Records attempt. By Sunday they hit 2,950, setting the new record. 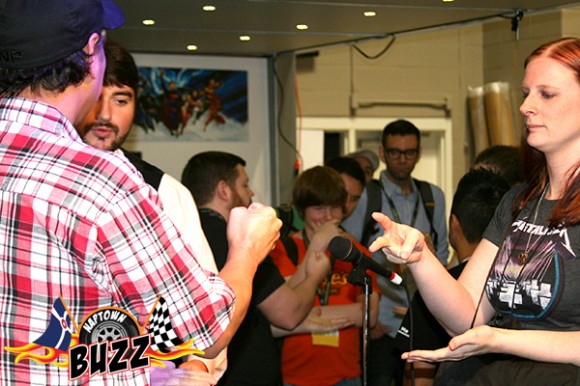 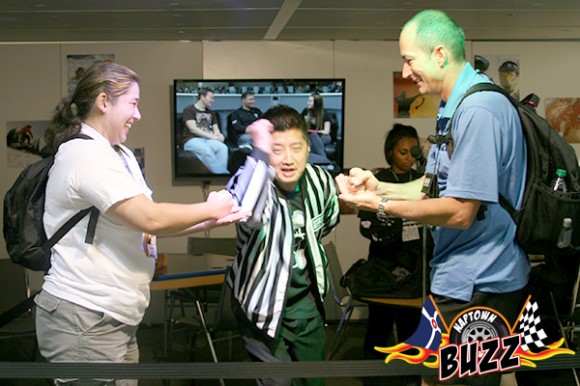 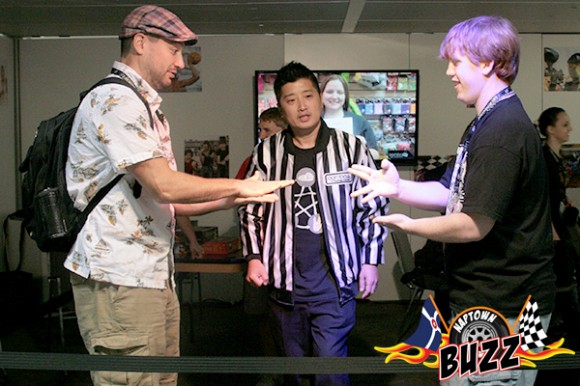 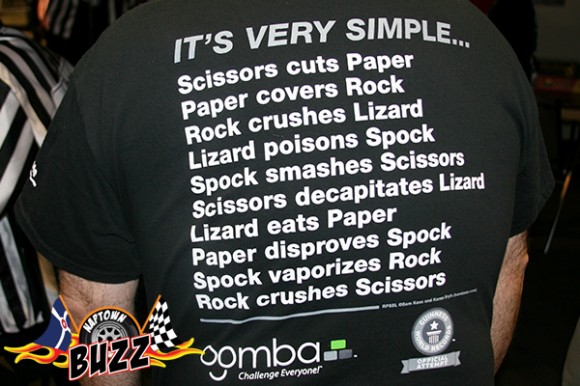 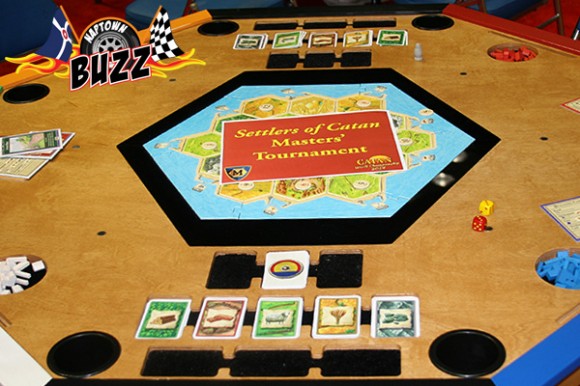 Settlers of Catan is wildly popular at Gen Con, and you can hardly find an area where someone isn’t playing it, or one of the variations. 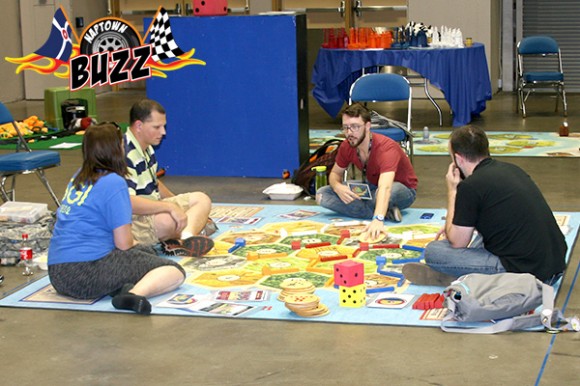 For those that prefer the floor, or have very bad eyesight, there are MAMMOTH versions of Settlers available to play. Very cool, and hey, it does get you moving a bit during the game. 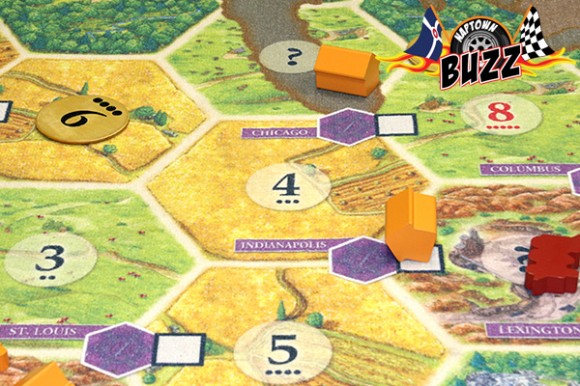 I’ve not had a chance to play Catan Histories: Settlers of America yet, but it looks like fun. 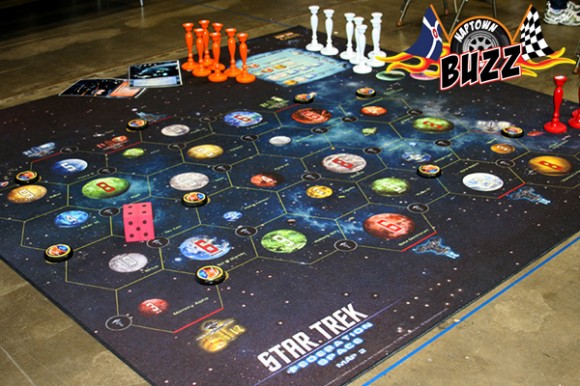 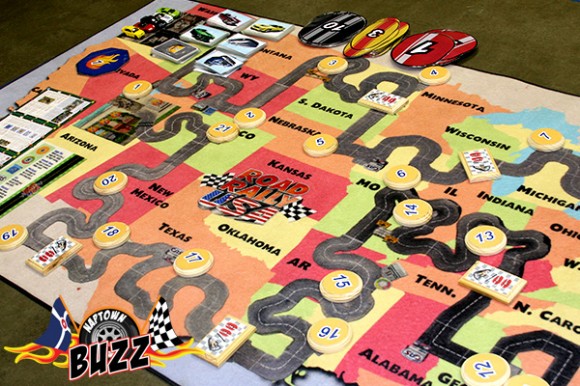 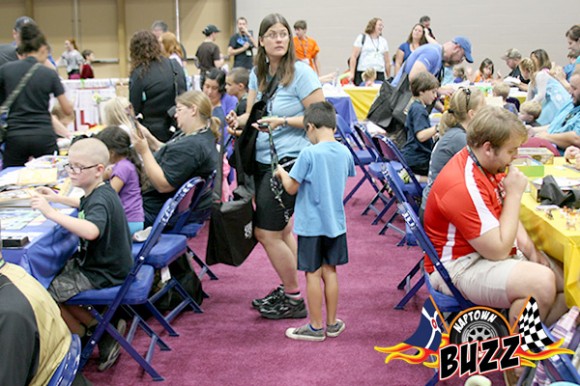 The “Family Fun Pavilion” was hopping on Sunday. 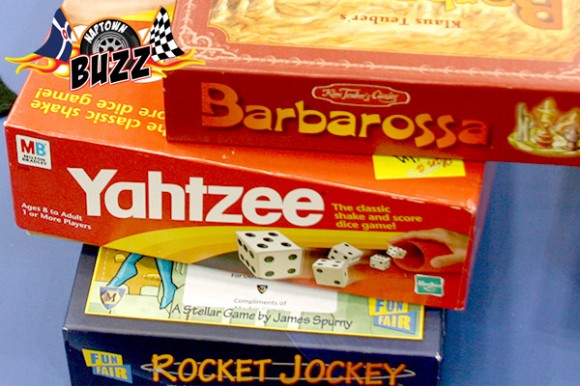 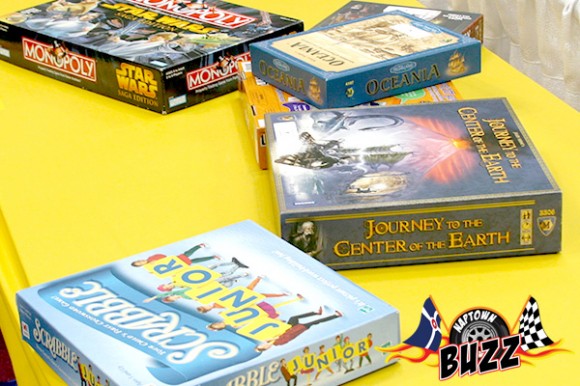 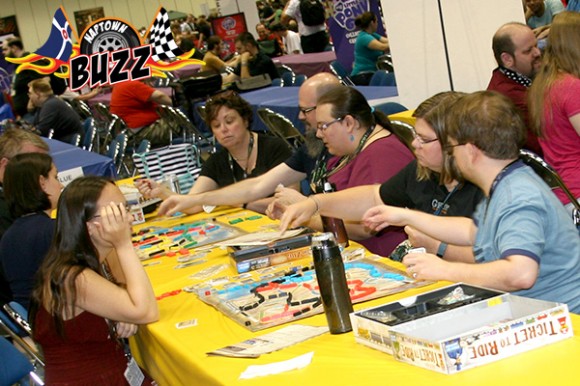 Ticket to Ride is another popular game at Gen Con. I’ve yet to play it, but I picked up a copy at Gen Con to rectify that. 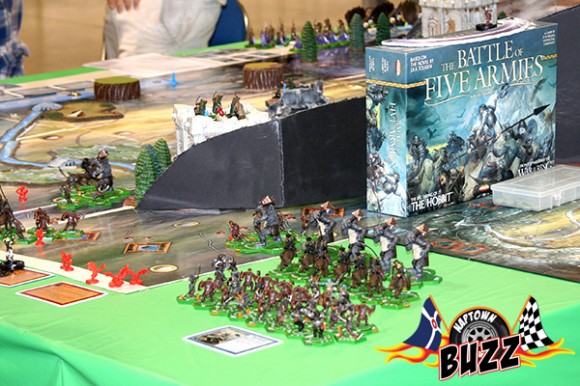 The Battle of Five Armies (2014) looks like it should be fun for Hobbit and Lord of the Rings fans. Not to be confused with the 2005 release of the same title. 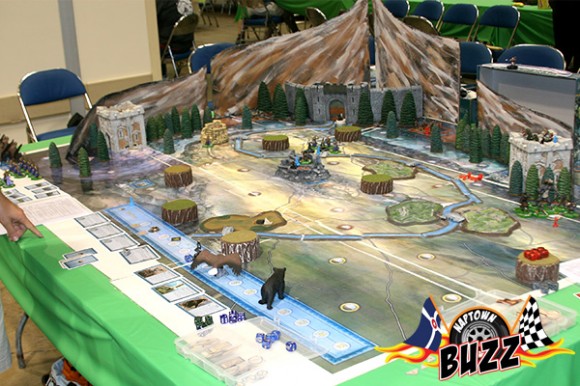 It wasn’t clear if this was a custom board for The Battle of Five Armies, or something else. Nonetheless, it looks pretty neat. 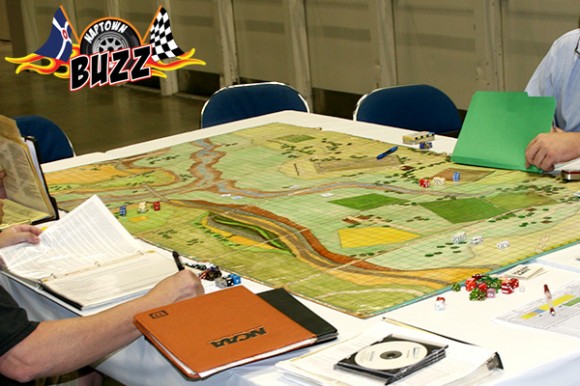 Old school custom gaming, I’m assuming a role playing war/battle game of some sort due to the notes and die. Talk about dedication to a game. 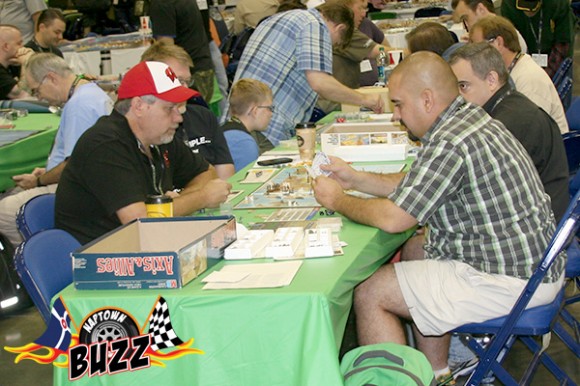 Axis & Allies (1981) is another game I saw numerous copies of floating around, but not one I’ve played since I don’t normally have three hours to kill. Someday. 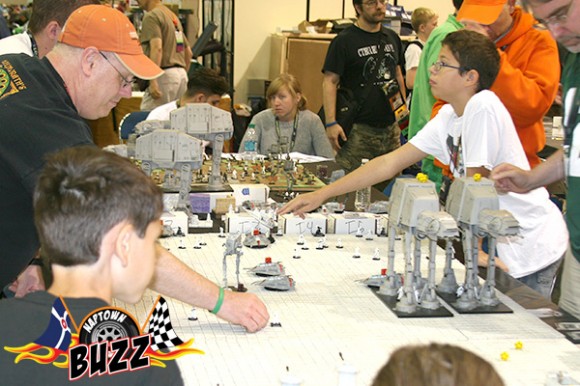 I saw this game in passing, which is Star Wars themed, and includes a few GIANT AT-AT’s. 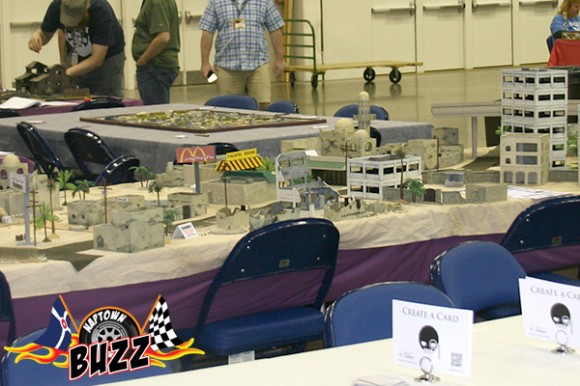 Custom game that obviously had a lot of time invested in its making. 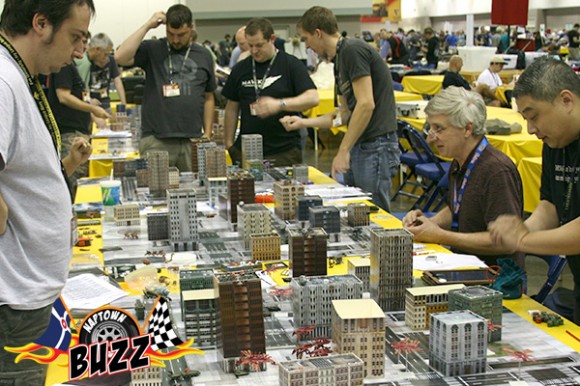