You are here: Home / Arts & Entertainment / Insider Access to Disney•Pixar’s “Inside Out” June 16th 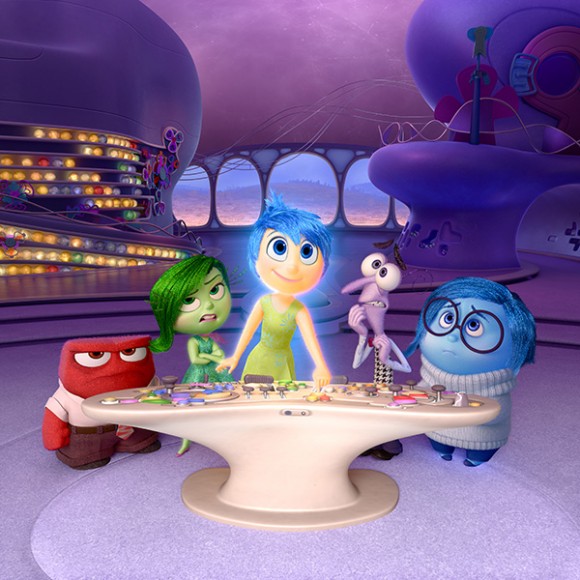 Fathom Events and Disney are working together to present a special screening of “Insider Access to Disney•Pixar’s ‘Inside Out’” in select U.S. movie theaters on Tuesday, June 16, 2015—three days before “Inside Out” hits theaters nationwide. Kicking off at 6 p.m. CT and 7 p.m. ET/MT/PT/AK/HI, this one-night event will include 15 minutes of exclusive behind-the-scenes footage from Pixar Animation Studios, the new “LAVA” short, a screening of the full-length feature “Inside Out,” plus a Q&A with director Pete Docter, producer Jonas Rivera and the voice of Joy, Amy Poehler, via satellite from their Australian tour—live in ET /CT zones and tape-delayed everywhere else. In addition, event attendees will receive a limited edition “Inside Out” commemorative poster and lanyard that includes a special code for access to digital extras.

Tickets for “Insider Access to Disney•Pixar’s ‘Inside Out’” are now available at online at www.FathomEvents.com and at participating theater box offices. Audiences will be able to enjoy the event in more than 600 select movie theaters around the country. For a complete list of theater locations and prices, visit the Fathom Events website (theaters and participants are subject to change).

“‘Inside Out’ gives us a chance to take the audience to a world that everyone knows about but no one has ever been before—inside the mind,” said Docter. “So many people contribute to a movie like this and we can’t wait to share a little bit of what goes on behind the scenes—it’s a long journey, but it’s so much fun.”

“We’re excited to offer moviegoers the ultimate fan experience for ‘Inside Out’ and an exclusive look into the creation of the film,” said Fathom Events CEO John Rubey. “Hearing the cast and crew discuss the film live from Australia is an opportunity not to be missed.”

“A movie like ‘Inside Out’—with its original story and incredible characters—really inspires and intrigues people of all ages,” said Dave Hollis, executive vice president, Disney’s theatrical exhibition sales and distribution. “We love it when we can immerse fans in our movies with really special opportunities like this.”