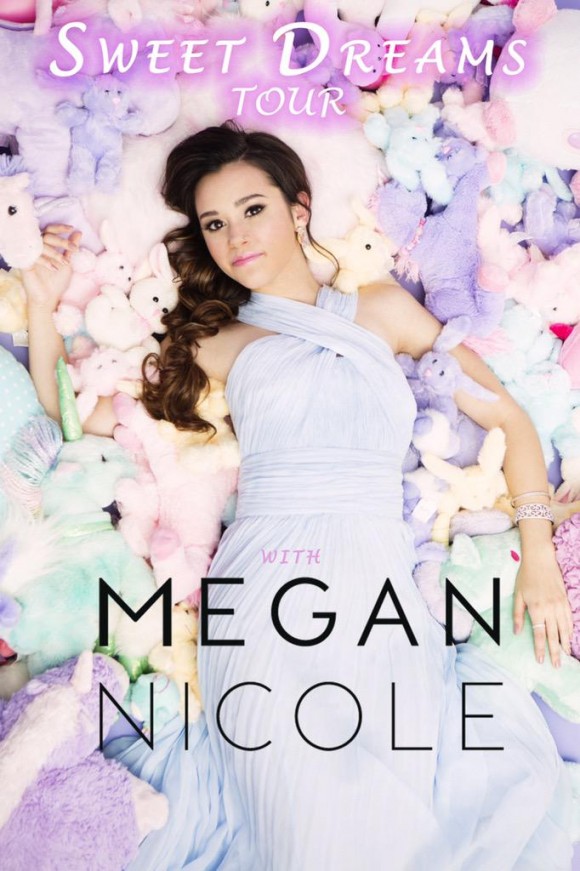 YouTube sensation Megan Nicole has announced a tour date at the Deluxe at Old National Centre on September 3rd. With over 3 million subscribers and 620 million views on YouTube, rising pop sensation Megan Nicole is taking the Entertainment Industry by storm with her independently released debut album “Escape” and upcoming collaboration with Relativity.

Born and raised in Katy, Texas, Megan did not always know she wanted to be a musician, but she knew music would always be part of her life. Growing up, she played piano for many years, but it wasn’t until high school when she purchased a guitar from a local pawn shop that she fell in love with creating and performing music. To this day, she can still remember telling her parents that creating music was what she wanted to do for the rest of her life.

Family has always been important to Megan and continues to be one of her most powerful influences. She will never forget her parents’ undying support and those late night drives to open mic sessions after school. For Christmas, her parents realized performing music was not going to be a phase, and they bought her a new guitar to replace her old “Pawn Shop.” This guitar was what she would eventually use to make her first YouTube video with a cover of “Use Somebody” by Kings of Leon.

It was these trailblazing creative covers that launched Megan’s career in 2009. Quickly recognized for her raw talent and passion for music, Megan became a viral sensation landing a spot in the coveted Top 100 Music Channels alongside top selling artists such as: Katy Perry, Adele, and Coldplay.

This year, Megan was honored as one of the 2015 YouTube Music Awards winners alongside the likes of Ariana Grande, Taylor Swift, and One Direction. In celebration of the awards, Megan released a music video for her original song “Escape”.