You are here: Home / Sports / Racing / NASCAR / Jeff Gordon Day and Parade to be held July 23 in Pittsboro 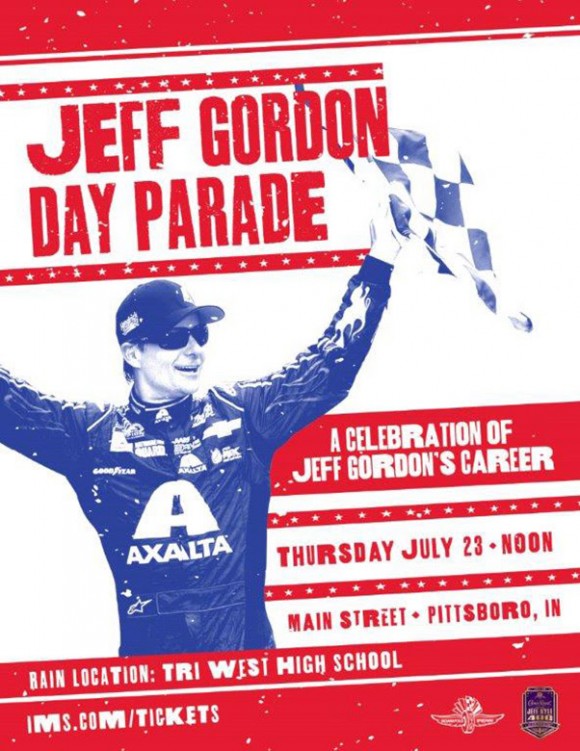 Jeff Gordon, a four-time NASCAR Cup Series champion and five-time winner at the Indianapolis Motor Speedway, will have a day and parade in his honor on Thursday, July 23, in Pittsboro, Indiana.

Gordon is wrapping up his final full season behind the wheel and visiting on his “Victory Tour” in advance of a final appearance on July 26 at the Crown Royal Presents the Jeff Kyle 400 at the Brickyard.

When Gordon was 14 years old, he and his family relocated to Pittsboro to further Gordon’s racing career. The driver went on to superstardom and members of the Pittsboro community continue to follow their hero in the No. 24 Hendrick Motorsports Chevrolet.

In conjunction with the town of Pittsboro, IMS is holding a parade in Gordon’s honor on Jeff Gordon Day (as designated by the town) at noon on Main Street. Fans are encouraged to line the parade route. A merchandise trailer stocked with Gordon items will be on site.

Following the parade, a stage presentation will be held at Scamahorn Park at 12:30 p.m.