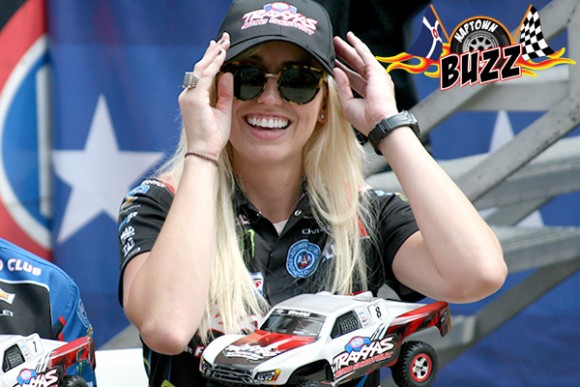 Courtney Force and Clay Millican upset the odds to claim the No. 8 positions in the Traxxas Nitro Shootout following special lottery drawings held today during a press conference in downtown Indianapolis to preview the Chevrolet Performance U.S. Nationals, the world’s most prestigious drag race.

Force, who was runner-up at Norwalk earlier this season, earned the second most fan votes in her category with 42 percent, just behind leading vote getter Alexis DeJoria at 43 percent, and will face the top seed in Funny Car, Jack Beckman, in the first-round pairing of the Traxxas Nitro Shootout. 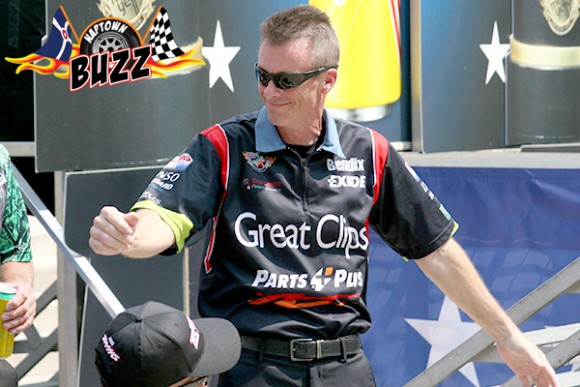 Veteran driver Millican upset fan vote winner Brittany Force to claim the final spot in Top Fuel. Millican, who took second place in the fan vote with 24 percent, will meet top seed Tony Schumacher in the first round of the Traxxas Nitro Shootout for Top Fuel. Millican will be racing in honor of his son Dalton who passed away last month.

“How about that, my little man upstairs may have helped get that ball in there for me,” said Millican, who will be appearing in his first Traxxas Nitro Shootout. “I am pretty excited and appreciate everyone at Traxxas for putting on this race. It’s always fun racing Tony so I am looking forward to it.”

The two drivers selected today was the culmination of a process that started on Aug. 23. All drivers in both categories who had competed in each race this season but were not a part of the seven qualified drivers for each Traxxas Nitro Shootout were eligible for the fan vote/lottery. Fan voting took place on NHRA’s Facebook page and lasted until Sept 1. The fan voting determined how many lottery balls would be assigned to each driver for the drawing. Force finished second in fan voting behind DeJoria (43%). The pair were followed by Del Worsham (10%), Cruz Pedregon (2%), John Hale (1%), Chad Head (1%) and Tony Pedregon (1%). Top Fuel’s Millican was second to Force (57%) and the pair were followed in the fan vote by Larry Dixon (11%), Dave Connolly (4%) and Terry McMillen (4%).