Indianapolis Metropolitan Police Department Sexual Assault detectives are looking for information that would assist them in identify an alleged serial sexual assault and rape suspect.

Detectives believe that the suspect is connected to at least three (3) sexual assaults that resulted in rape occurring as early as 2013 through 2016. Detectives have obtained undisclosed evidence that links the below three cases but warn there could be other cases not known yet. 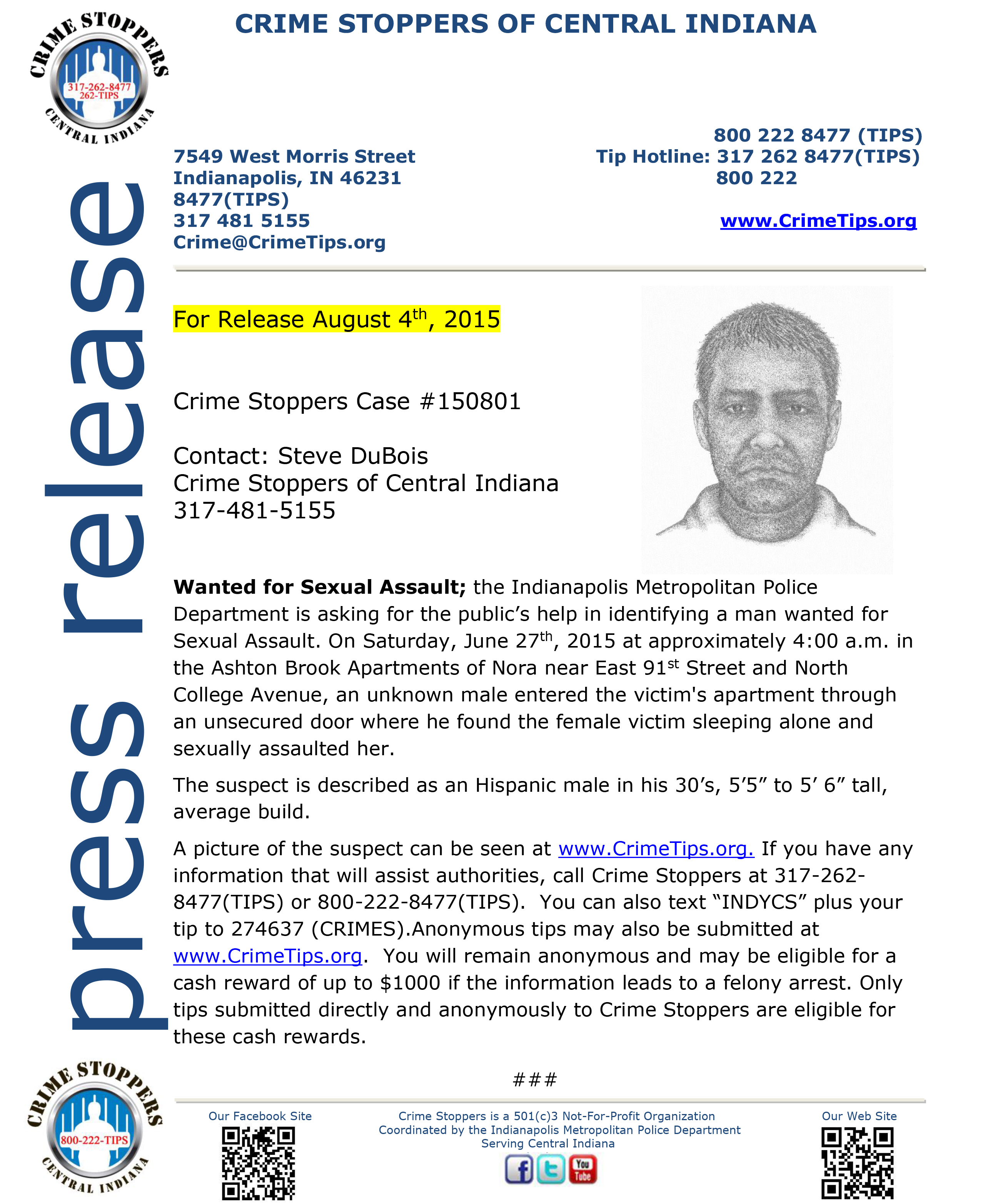 Detectives believe that the suspect is committing his crimes in and around the 91st and 96th streets between College Avenue and the Monon Trail area in the early morning hours. The suspect appears to target females that are alone.

The suspect is described as a Hispanic male, believed to be in his late 20’s to early 30’s, 5’5″ to 5’6″ tall, medium build and unshaven. Detectives have provided three composite photos of the suspect.

Anyone with information about who the sketches may be is asked to call Sex Crimes Detective Sergeant R. Ray at 317.327.8043 or Crime Stoppers of Central Indiana at 317.262.8477 (TIPS). Citizens can also download the mobile P3tips app for Apple or Android phones to submit a mobile tip, or go to www.CrimeTips.org to submit a web tip. You will remain anonymous and may be eligible for a cash reward of up to $1000 if the information leads to a felony arrest. Only tips submitted directly and anonymously to Crime Stoppers are eligible for these cash rewards. This release may be updated as more information becomes available.
###