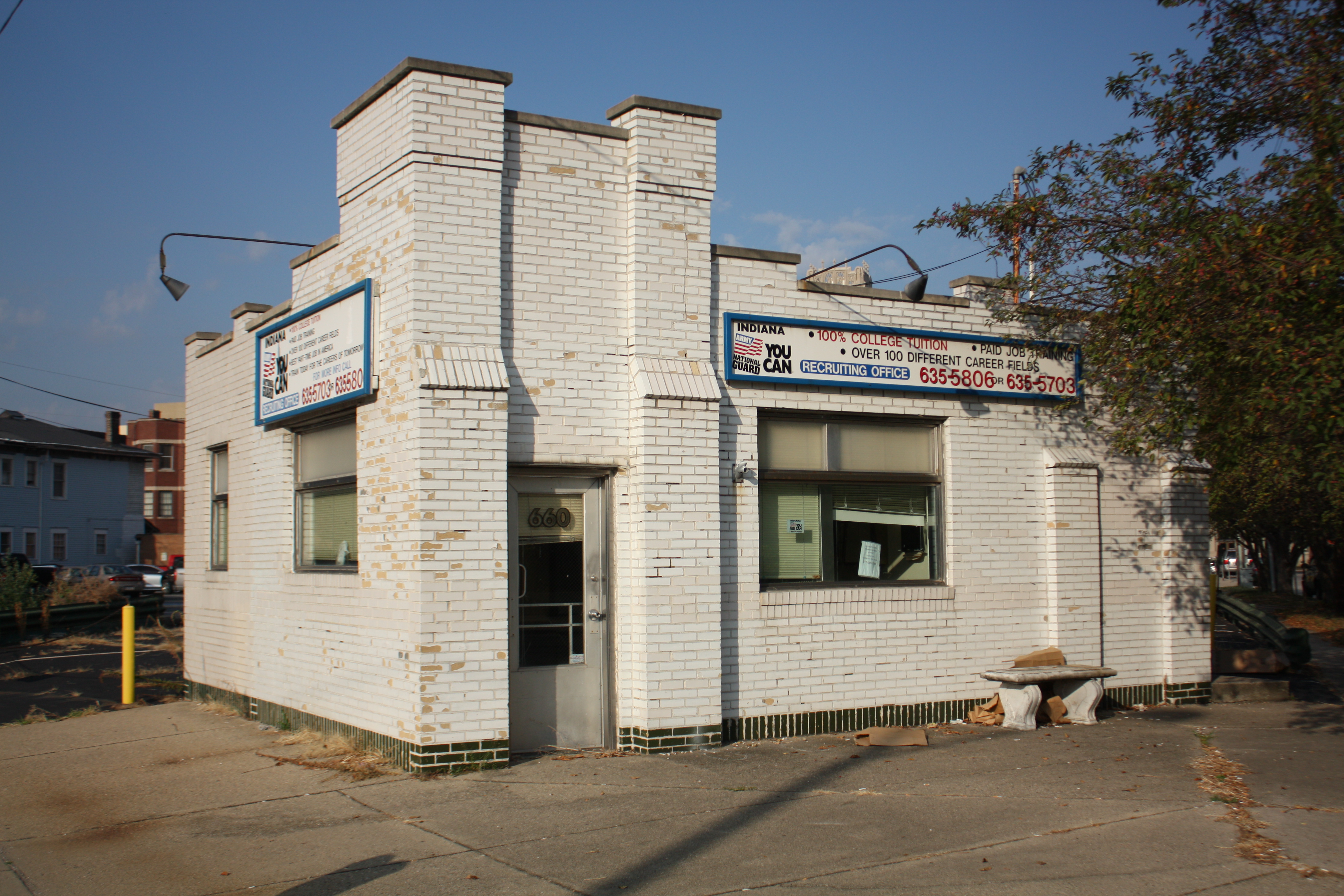 Indiana Landmarks recently took responsibility for a miniature gem in downtown Indianapolis—one of the oldest original White Castles. Indianapolis White Castle #3 opened in 1927 and is believed to be the third oldest building constructed by the national chain. When it served its last burger in 1979, it was the oldest continuously operating White Castle. Since then it has been used as a real estate office and a National Guard recruiting center.

“Several years ago, we nominated White Castle #3 to the National Register of Historic Places because it deserved the stature and so that a future owner could apply for Historic Tax Credits for restoration. It would make a great little office or restaurant,” Dollase added. Located at 660 Fort Wayne Avenue, it occupies an oddly shaped lot at the three-way intersection of Delaware, Walnut, and Fort Wayne Avenue.

When the National Guard no longer needed the building, the state transferred ownership to the City of Indianapolis’s Department of Public Works (DPW). DPW sold it to Indiana Landmarks for one dollar under an agreement that requires the nonprofit organization to make improvements and sell it with the preservation covenant.

White Castle was the first chain to offer hamburgers in a standardized take-out environment, a revolutionary move that paved the way for the fast food industry. The castle-like structure requires specialized masonry repair to match the white glazed brick. In his history of the White Castle System, founder Billy Ingram claimed that he modeled his buildings on the Chicago Water Tower, with battlements and turrets.

Built only between 1925 and 1929, these high-style castles are a vanishing breed. The chain introduced buildings of enameled steel in 1929. White Castle #3 held only five stools for customers. A 1930 renovation added four more. The building originally featured “White Castle” spelled out in stained glass in transom windows.

When it sells White Castle #3, Indiana Landmarks will attach a protective covenant to the deed, guaranteeing that the building will regain its historic appearance through the restoration and be maintained in the future. The preservation organization’s real estate committee will set the sale price for the landmark once the masonry repairs are complete.