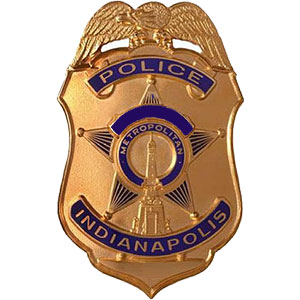 On Saturday, April 8, 2017, at 11:25 p.m., Downtown District officers with IMPD responded to Capital Avenue/ E. Ohio Street in reference to three people shot. When officers arrived they located an 18-year-old male, 17-year-old male, and 17-year-old female all suffering from at least one gunshot wound.  Preliminarily the Investigators believe this shooting was a drive-by shooting.  The motive for this shooting is unknown at this time.

Indianapolis EMS treated and transported the three to Methodist and Eskenazi Hospital.  The two males were transported in stable condition and the female was listed in critical condition.  Aggravated Assault detectives responded to the scene and began to investigate, and canvas the area for possible witnesses.  The Indianapolis-Marion County Forensic Services Agency processed the scene for forensics evidence that could aid investigators.

Anyone with information is asked to call Crime Stoppers of Central Indiana at 317.262.8477 or (TIPS).  Citizens can also download the mobile P3tips app for Apple or Android phones to submit a mobile tip, or go to www.CrimeTips.org to submit a web tip. You will remain anonymous and may be eligible for a cash reward of up to $1000 if the information leads to a felony arrest.  Only tips submitted directly and anonymously to Crime Stoppers are eligible for these cash rewards.  This release may be updated as more information becomes available.   Information given via Crime Stoppers should be considered anonymous.