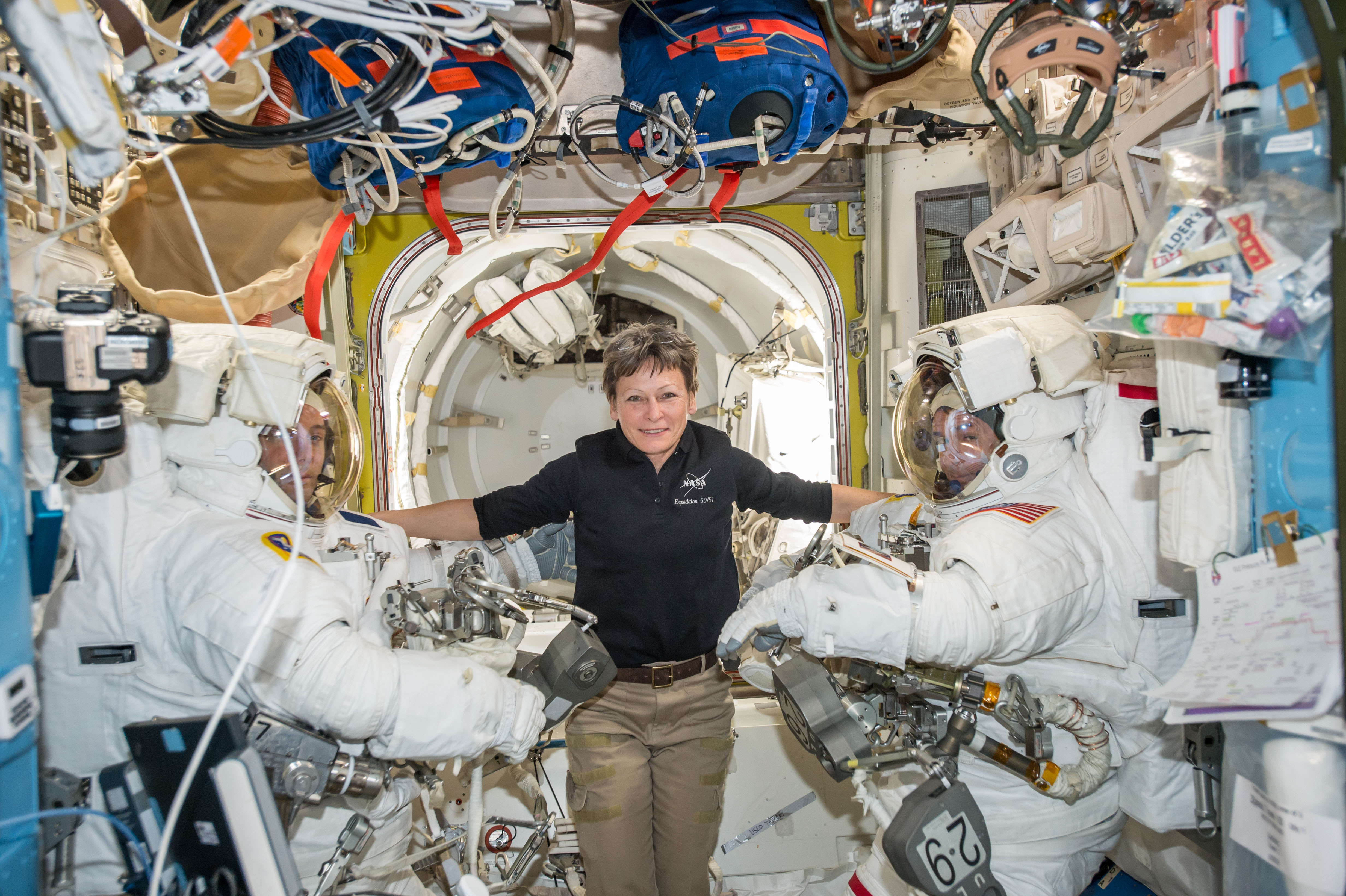 NASA astronaut Peggy Whitson is set to extend her mission with an additional three months at the International Space Station.
Credits: NASA

Already poised to break the record for cumulative time spent in space by a U.S. astronaut, Peggy Whitson is set to extend her mission with an additional three months at the International Space Station.

NASA and the Russian space agency Roscosmos, signed an agreement to extend Peggy Whitson’s stay on the space station into Expedition 52. Rather than returning to Earth with her Expedition 51 crew mates Oleg Novitsky of Roscosmos and Thomas Pesquet of ESA (European Space Agency), in June as originally planned, Whitson will remain on the space station and return home with NASA’s Jack Fischer and Roscosmos’ Fyodor Yurchikhin. That landing is targeted for September.

“This is great news,” Whitson said. “I love being up here. Living and working aboard the space station is where I feel like I make the greatest contribution, so I am constantly trying to squeeze every drop out of my time here. Having three more months to squeeze is just what I would wish for.”

“Peggy’s skill and experience makes her an incredible asset aboard the space station,” said Kirk Shireman, NASA’s International Space Station Program Manager. “By extending the stay of one of NASA’s most veteran astronauts, our research, our technology development, our commercial and our international partner communities will all benefit.”

This is Whitson’s third long-duration stay onboard the space station. She launched on Nov. 17 with 377 days in space already under her belt, and on April 24 will break Jeff Williams’ standing United States record of 534 cumulative days in space. In 2008, Whitson became the first woman to command the space station, and on April 9 will become the first woman to command it twice. In addition, she holds the record for most spacewalks by a female.

Follow Whitson’s stay on the space station via social media at: