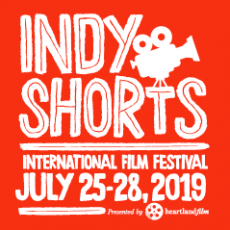 The Indy Shorts International Film Festival, presented by Heartland Film and the organizers of the Heartland International Film Festival (HIFF), is an Academy Award®-qualifying fest dedicated to the art of short film! Last summer, Indy Shorts expanded as its own separate event from HIFF, becoming the largest short film festival in the Midwest – showcasing storytelling from around the world. All winners (Grand Prize and Audience Choice Awards) will play encore screenings at HIFF in October 2019.

Call for entries is now open, and the final, extended deadline for submissions is May 5, 2019. Learn more about rules and regulations, or find general ticket info here.