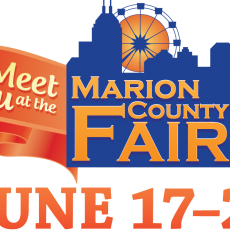 Fairgoers are invited to enjoy a variety of attractions including demolition derbies, motorcycle races, pageants, concerts, car show, talent shows, contests, 4-H animal competitions, the midway, fabulous fair food, and much more for the entire everyone! Hundreds of Marion County youth showcase their talents through 4-H to celebrate Marion County’s agricultural heritage in categories including fashion, photography, crafts, and animals leading to the Indiana State Fair in August. There is so much entertainment, from musical acts to trapeze performances, in store!