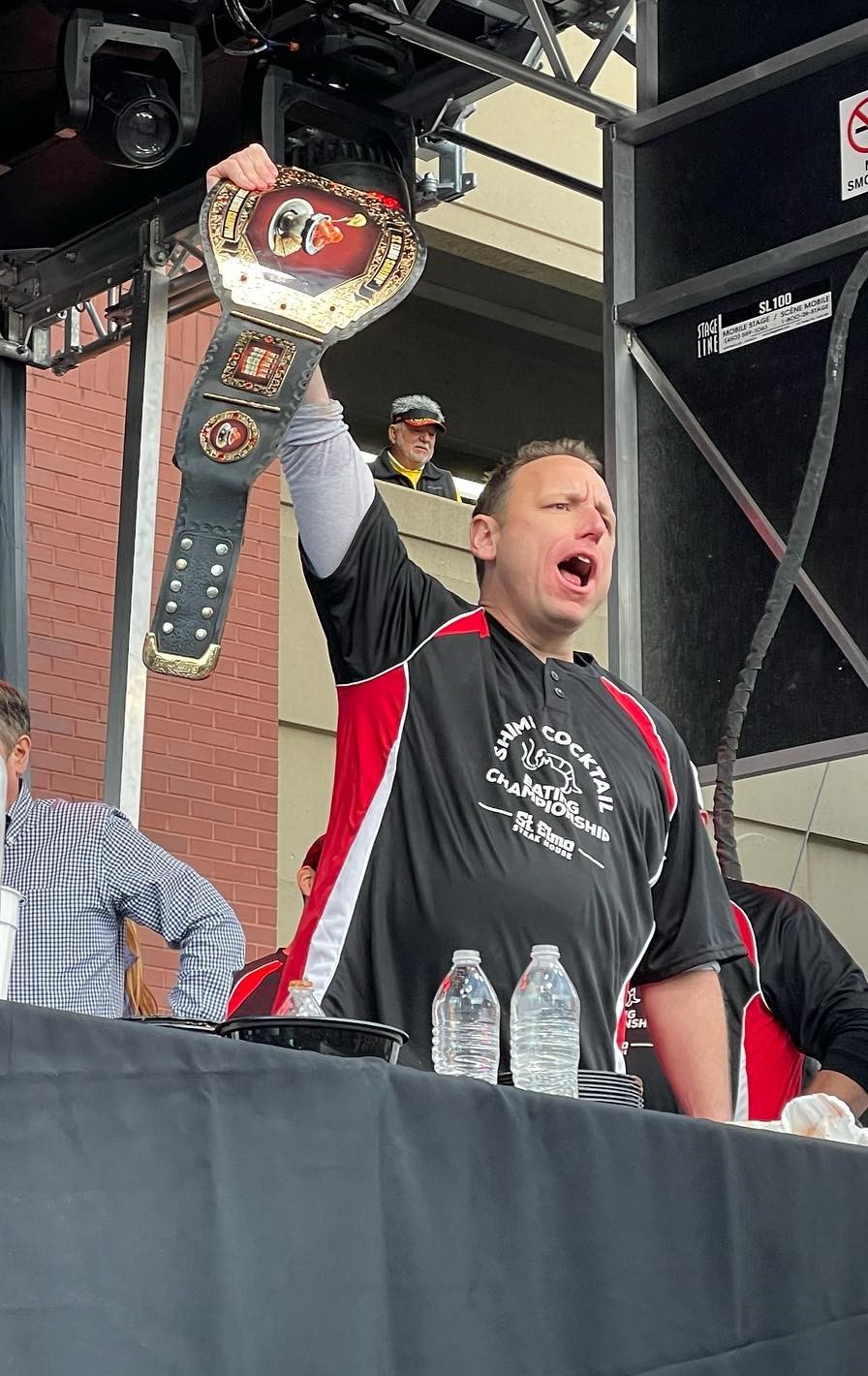 During the 2018 event, Chestnut consumed 18 pounds, 9.6 ounces or the equivalent of 46.5 orders from the restaurant or 186 shrimp in eight minutes, setting the world record and earning him the sixth consecutive shrimp cocktail eating championship title. He remains undefeated at the event since its inception and is set to defend his title again this year.