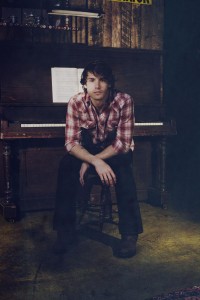 The 500 Festival will kick-off the month of May with the FREE “REV Your Engines Concert” on Saturday, April 27, 2013 at 7 p.m. on Monument Circle. The 500 Festival REV Your Engines Concert will feature multi-platinum recording artist Gavin DeGraw and Indiana native Jon McLaughlin. The musicians will be introduced by IZOD IndyCar Series driver James […]

Firestone Indy Lights announced Thursday that the introduction of its next-generation car will be delayed until after the 2014 season. “While we have generated quite a bit of interest from a variety of manufacturers, we feel it’s best to delay the introduction of the next-generation chassis and engine,” said Tony George Jr., director, Firestone Indy […]

Fan Force United may have completed its first year in Firestone Indy Lights, but its impact has already been felt in and around the racing community. The team has been awarded the $3,000 KeyBank Community Leader Award given to the Firestone Indy Lights driver or team that best displays community outreach. The team was associated with […]

INDYCAR, the sanctioning body for the IZOD IndyCar Series and Firestone Indy Lights, announced today it will not return to Edmonton in 2013. “When we finalized our schedule for the upcoming 2013 season, it unfortunately did not include Edmonton,” said Randy Bernard, CEO, INDYCAR. “We thank the city of Edmonton and all the fans for […]