You are here: Home / Sports / My Marsh Classic 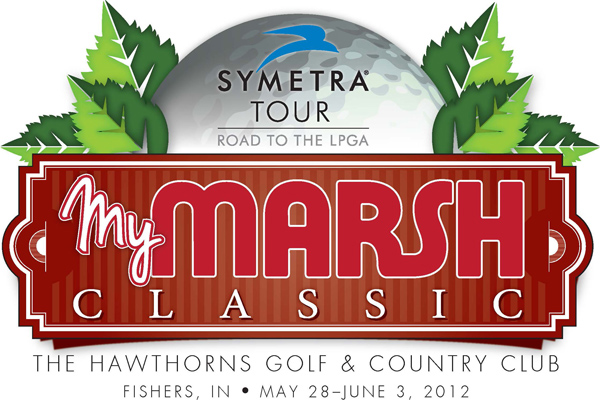 The My Marsh Classic is one of the newest tournaments on the Symetra tour. This year, the tournament will take place at The Hawthorns Golf & Country Club. The tournament will feature one of the largest purses on the tour at $100,000 and showcase a three day, all caddied, 54-hole stroke play professional tournament.

Fans throughout Central Indiana will travel to Fishers, IN to watch as 144 players from the United States, and around the world, compete to earn their spot on the LPGA Tour.

The Symetra Tour – The Road to the LPGA, enters its 32nd competitive season in 2012. The Tour’s mission is to prepare the world’s best young women professional golfers for a successful career on the LPGA Tour. The top 10 money winners each season earn automatic memberships on the LPGA Tour for the following season. With more than 500 alumnae moving on to the LPGA, former Symetra Tour players have won a total of 353 LPGA titles, including 37 major championships. The Tour is playing for a record season purse of $1.75 million in 2011. Symetra Tour events have contributed more than $4.65 million to charitable organizations throughout the nation since 1989.