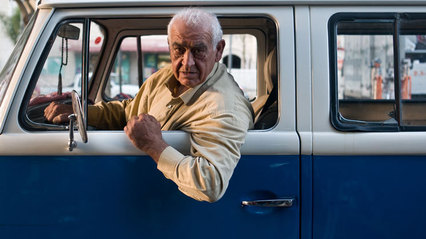 Twenty-something Palestinian-Israeli slacker Jawdat just wants to have fun with his friends, talk on his cell phone and find love. Instead, he navigates unconvincing dates with Muslim, Christian, and even Jewish girls, and wrestles with the Hebrew college entrance exam. Meanwhile, his curmudgeonly olive-farming father, Salem, is determined to drag Jawdat and his whole community into a fight against a nearby Israeli cell phone tower that he fears is poisoning the villagers with radiation. As Salem’s efforts to remove the tower disrupt Jawdat’s precious cell phone reception, preventing any further communication with his potential girlfriends, Jawdat is forced to face the battle and grow up to be a man.