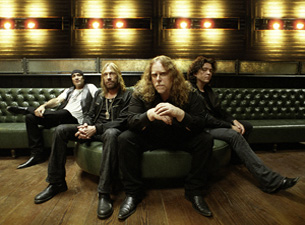 Southern rock/jam band Gov’t Mule is coming to the Murat Theatre at Old National Centre on Thursday, November 1 at 7:30pm.

Gov’t Mule originally formed in 1994 as an Allman Brothers Band side project, but has since taken on a life of its own. Lead by the legendary Warren Haynes, Gov’t Mule has released 15 albums with the last album entitled By A Thread. The band has toured extensively throughout the years and has become a staple act at many music festivals including Bonnaroo, Wakarusa, Langerado, and Vegoose. Gov’t Mule is Warren Haynes, Matt Abts, Danny Louis, and Jorgen Carlsson.