You are here: Home / Arts & Entertainment / Yelawolf comes to Indianapolis on October 23rd 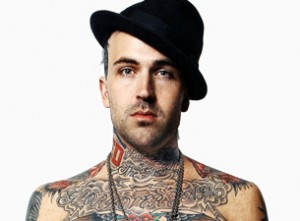 Hip-hop, like all genres of music, changes almost constantly; the music and lyrics reflect the current social, racial, economic and political climate of America.  Now, Alabama hip-hop artist Yelawolf examines these issues with a snare hit and a microphone, drawing on a past fit for a movie screen.

He was born in a state that rests between Mississippi and Georgia.  Bouncing around between Alabama and Tennessee as a child, Wolf’s upbringing exposed him to the impoverished realities of both White America’s trailer parks and Black America’s ghettos.

The duality would finally define itself on a fateful evening where his mother was playing host to a group of friends who happened to be the roadie crew for rapstars Run DMC. It was that night when Wolf, who was raised on a healthy dosage of southern rock, would hear songs like “My Adidas” and Beastie Boys’ “Paul Revere” for the first time. From that point on, hip-hop became a vehicle for Wolf to express the duality of his existence.

Yelawolf, a Ghet-O-Vision/Shady recording artist, comments on his latest release entitled Radioactive: “I think it’s a perfect word to describe where I’m going,” he says. “It’s the fallout, the aftermath of everything I’ve been through and here’s what’s left. This radioactive material.”

Swimming through a sea of haters, Yelawolf, along with special guests Rittz, Trouble Andrew and DJ Vajra, comes to Indianapolis at 8pm at the Old National Centre on October 23, 2012.  General admission is twenty dollars; tickets are available through Ticketmaster and Live Nation.