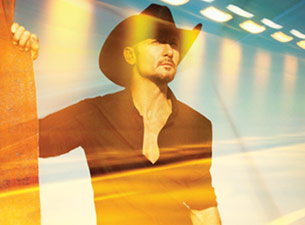 Country music icon Tim McGraw will perform live on Thursday, May 30 at Klipsch Music Center as part of his TWO LANES OF FREEDOM TOUR presented by Pennzoil along with special guests Brantley Gilbert and Love and Theft.

After more than two decades on the road, McGraw’s ability to entertain and command a crowd continues to be a defining characteristic of both his artistry and superstar status.

On February 5th McGraw will release his first album on Big Machine Records, TWO LANES OF FREEDOM.  The album follows his record-shattering career, selling over 40 million albums and dominating the charts with 32 No. one singles.  Since the release of his debut album in 1993, he has won three GRAMMY’s, 14 ACM Awards, 12 CMA Awards, and 10 AMA’s, while simultaneously maintaining a parallel career as a successful actor in such films as the Oscar nominated The Blind Side, Country Strong and Friday Night Lights—as well as hosting Saturday Night Live, a rare honor for a singer in any genre.  Nielsen-BDS recently certified McGraw as the most-played Country artist of the past 20 years (1992-2012) with more than 10 million spins detected and Mediabase recognized him as the most-played Country artist in the history of their tracking service.

Brantley Gilbert has already earned a striking set of “notches” on his industry belt, including four No. one singles and impressive album sales of over 1 million.  Rising duo Love and Theft celebrated their first No. one song “Angel Eyes” last year from their self-titled album.

Reserved pavilion and Harrison College Lawn tickets, plus applicable fees, are ON SALE NOW and are available at the Taco Bell Box Office at Klipsch Music Center, Livenation.com, Ticketmaster, participating Wal-Mart locations or charge-by-phone at 800.745.3000. Klipsch Music Center has instituted dynamic pricing for this event.  Ticket prices are subject to change and special offers may occur without notice at anytime prior to and including the day of the event. Part of the Jiffy Lube Country Megaticket.