You are here: Home / Arts & Entertainment / Broadway in Indianapolis Presents: Ghost, Memphis and The Addams Family 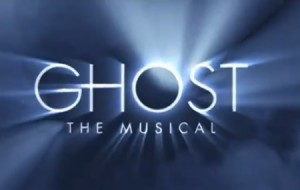 Set in modern day New York City, Ghost The Musical is a timeless fantasy about the power of love. Walking back to their apartment one night after a romantic dinner, Sam and Molly are mugged, leaving Sam dead on a dark street. Sam is trapped as a ghost between this world and the next and unable to leave Molly, who he learns is in grave danger. With the help of a phony storefront psychic, Sam tries to communicate with Molly in the hopes of saving and protecting her.

TURN UP THAT DIAL…  From the underground dance clubs of 1950s Memphis, Tennessee, comes a hot new Broadway musical that bursts off the stage with explosive dancing, irresistible songs and a thrilling tale of fame and forbidden love. Inspired by actual events, Memphis is about a white radio DJ who wants to change the world and a black club singer who is ready for her big break. Come along on their incredible journey to the ends of the airwaves –

DiPietro (I Love You, You’re Perfect, Now Change) and a Tony®-winning original score with music by Bon Jovi founding member David Bryan.  Directing is Tony® nominee Christopher Ashley (Xanadu), and choreography is by Sergio Trujillo (Jersey Boys).  Get ready to experience Broadway’s most exciting new destination~ what AP calls “The very essence of what a Broadway musical should be.”

Come meet the family. We’ll leave the lights off for you.

The performance schedule for Ghost The Musical, Memphis and The Addams Family will be Tuesday through Thursday evenings at 7:30 pm, Friday and Saturday evenings at 8:00 pm, Saturday matinee at 2:00 pm, Sundaymatinee at 1:00 and Sunday evening at 6:30 pm.