You are here: Home / Arts & Entertainment / Briar Rabbit’s From Your Bones: Live! 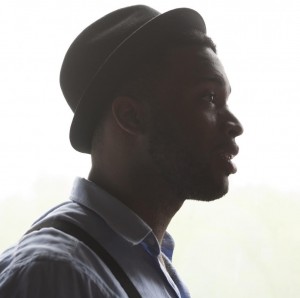 Briar Rabbit kicked off the tour for his new album, From Your Bones, last week . The 27-year-old singer/songwriter from Metro Detroit  fills the album with lyrics that tell a young man’s coming of age. The emotion paints a picture of the heartache from a broken relationship and the growing pains of finding a place in the world without compromising the things he has a passion for. Easy on the ears, the stripped down album puts Briar Rabbit’s voice and lyrics front and center.

Naptown Buzz got a chance to chat with Briar about his album and tour:

How is this album different from the others?
I’ve been writing for 13 to 14 years. To finally hit that point where I am expressing what I want how I want feels great.

I recorded all the songs acoustic then  built the arrangements around that. It was a different approach.  My producer wanted to put emphasis on the fact that I am a singer and songwriter. This record really highlights my vocals and guitar playing. I’d call it lyrically driven folk pop.

What was your goal for this album?
I wanted to make a record that people could listen to and get a good vibe off of. My producer called it minimalism. Some songs really are so simple like Lock Up Before You Leave.

There’s a lot of emotion in this album. What’s that about?
I was seeing someone and we split half way through the album. I also reached a point where my peers where getting married and started having families — being in a band just wasn’t cute anymore. I showed them (my peers) a different path. There is something inside of me that wants to play music. The lyrics are vulnerable and honest, but there is a fine line with being honest. They are extrememly vulnerable without being a scapegoat. I wanted to give a more honest version and didn’t want it to be tacky and accusatory. It’s basically the Gospel according to Briar Rabbit.

You mentioned that even the album cover was intentionally planned…
People’s attention will go where you tell it to go. The album art sort of says, ‘Who is Briar Rabbit?’ Well, he’s a thoughtful gentleman. From the typewriter to the coffee — it just says to listen to the lyrics.

The tour just started. How has it gone so far?
The tour has gone really well. I think wotking with a publicist really helped. I am going to cities where people are coming to shows to see me and listen to what I have to say instead of just being there. This isn’t always the case when you tour. It’s great to get the word out so I can take people on a little tour during the show.

You’ve been hands on with this tour. Can you explain a little?
I’ve hand picked the bands that will perform with me. I want people to like who they are listening to and not have a show that’s a hodge podge. I want to give three great acts that will knock the audiences soks off. I just like to provide that experience for people.

Check Briar Rabbit out Friday at the Foundry in Indianapolis!

*More dates to be confirmed