Nonprofit arts organization Heartland Film, Inc. has announced the election of Board Member Michael J. Hulka of Eli Lilly and Company along with its new slate of board officers. Elected at this month’s board of directors meeting, the officers are as follows: Gary D. Cohen as chair, Stan Soderstrom as vice chair, Steve Harkness as treasurer and David Wong as secretary.

“As Heartland Film nears its 25th anniversary and prepares for a revitalized festival in October, it is pivotal that its board of directors is led by a strong core,” said Heartland Film Board Chair Gary D. Cohen. “The team of officers elected at this month’s board meeting possess invaluable experience and a strategic approach that will benefit the organization through the planning and implementation of its upcoming milestones. Additionally, we would like to welcome Michael J. Hulka to the board; his background and passion will be great assets to the board of directors team.” 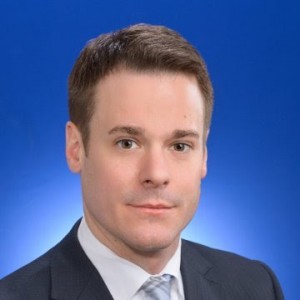 Hulka is general counsel for Lilly Oncology, a division of Eli Lilly and Company that is dedicated to delivering life-changing medicines and support to people living with cancer and those who care for them. Hulka is also responsible for strategy and operations for Lilly Oncology. Before joining Lilly, he practiced law, focusing on commercial litigation and product-liability defense, at law firms in Chicago and Indianapolis. He is a graduate of the Indiana University – Bloomington, Maurer School of Law.

Cohen and the board of directors recently announced changes for the 24th annual Heartland Film Festival (Oct. 16-25, 2015), which will feature a retooled format and all-new Premiere Pavilion at its AMC Traders Point location. The Heartland Film Festival recently broke its all-time film submissions number, receiving more than 1,700 films from all over the world.