You are here: Home / Arts & Entertainment / Saints of Valory Added to The Rolling Stones Bill 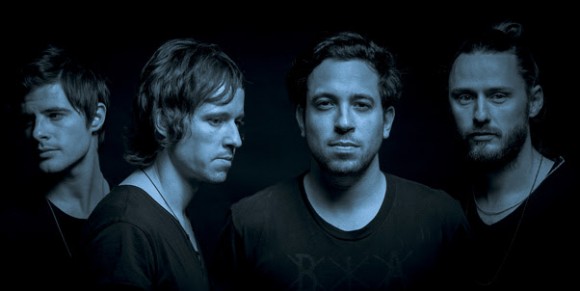 The Rolling Stones have announced that Saints of Valory have been added as the second special guest to open their show in Indianapolis on Saturday, July 4, at the Indianapolis Motor Speedway.  Earlier this month, the band announced that Country superstars, Rascal Flatts, will also be performing before the Stones take the stage at their Independence Day show. ZIP CODE, the band’s 15-city North American stadium tour, kicked off in San Diego on May 24, and will wrap up in Quebec on July 15 at Le Festival D’Été de Québec.

Saints of Valory’s four band members –Gavin Jasper (lead vocals, bass), Godfrey Thomson (guitar, vocals), Stephen Buckle (keyboards, vocals), and Chris Kamrada (drums)– grew up on three different continents (South America, Asia, and North America), though they now call Austin, Texas, their home. In 2010, Saints of Valory self-released their first EP The Bright Lights, which entered the Top 50 at Triple A radio, making them the only unsigned band in the upper reaches of the chart. In 2012, they were chosen as one of Billboard’s top six unsigned bands nationwide. Later that year, they self-released their second EP, Kids, which broke into iTunes’ Top Rock Albums chart. By the end of 2012, they had signed a major label record deal with Atlantic Records. Presently, the band is gearing up for the release of their full length album in late 2015.

“We feel so lucky and honored to be sharing the stage with the Rolling Stones! Every band or musician grows up secretly dreaming that one day they can be like them, and have the career that they’ve had, so this is definitely a surreal moment for us. I remember watching them live in Rio de Janeiro, Brazil, when they played for over a million people at Copacabana beach back in 2006, and went home dreaming that one day I could share the stage with the rock icons, so this is an actual dream come true, and, as a band, something we will never forget for the rest of our lives,” said Saints of Valory’s Gavin Jasper.

Tickets are on sale now at Ticketmaster and indianapolismotorspeedway.com for the July 4th concert. Tickets are available for purchase at multiple price points beginning with a $60 Bronze Ticket. Additional ticketing levels include Silver, Gold and VIP. Please click here to view a full facility map for this event including seating areas by level as well as. Additionally, hospitality packages, including private event rooms and suites, are available for purchase. Information on hospitality packages is available here.

Camping will be offered for two nights at the Indianapolis Motor Speedway. Check-in begins onFriday, July 3, at 10 a.m., with check-out by noon on Sunday, July 5. Cost is $100 per vehicle and tent. RV camping is $200. Amenities include restrooms and shower facilities. For more information on camping, and to purchase camping passes, click here.

All Indianapolis Motor Speedway attendees will be treated to an awe-inspiring Independence Day fireworks display.

The Rolling Stones ZIP CODE tour will see Mick Jagger, Keith Richards, Charlie Watts and Ronnie Wood head back out on the road after their critically-acclaimed 14 ON FIRE tour in Asia, Europe, Australia and New Zealand in 2014. The iconic band will treat their generations of fans to special one night only shows, with a set packed full of classic Stones hits such as “Gimme Shelter,” “Paint It Black,” “Jumpin’ Jack Flash,” “Tumbling Dice” and “It’s Only Rock ‘N’ Roll,” as well as special gems from their extraordinary catalog.

The Rolling Stones ZIP CODE will be the first time the rock legends have played North American stadiums since 2005-2007’s “A Bigger Bang Tour.”

AEG Live’s Concerts West is the promoter of the Rolling Stones ZIP CODE tour. The Rolling Stones’ Independence Day concert at Indianapolis Motor Speedway is promoted in conjunction with GLOBAL LIVE and is the first-ever non-race week concert at the Speedway.

* Denotes a past tour date