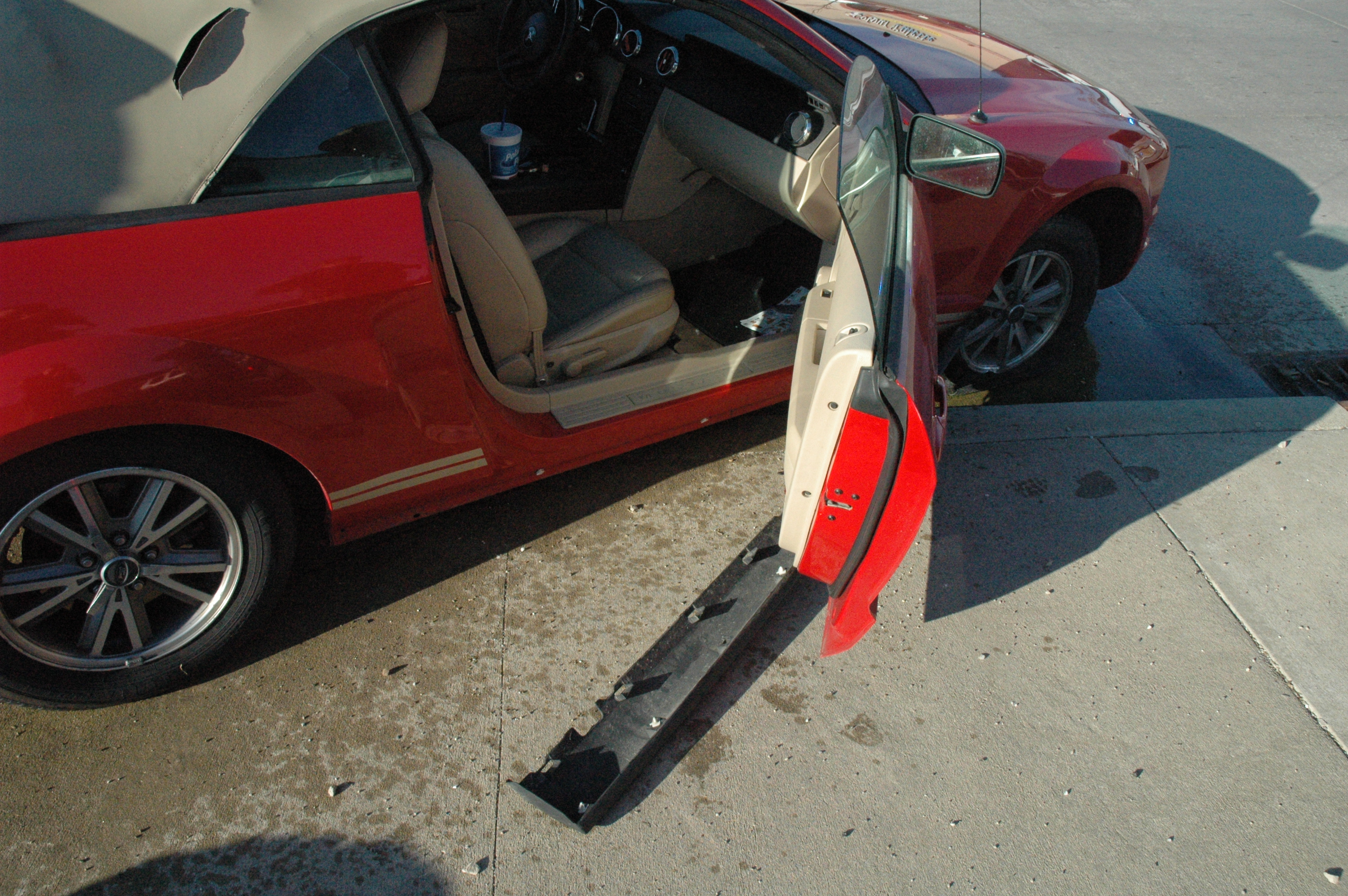 An Indianapolis man led police on a chase through Shelby County that ended with him crashing into a curb at John Street and Harrison Street in Shelbyville.

Just after 4:00 p.m. Trooper Jonathan Haugh was attempting to stop a red 2005 Mustang for speeding on I-74 near the 105 mile marker for allegedly driving 85 miles per hour in a posted 70 miles per hour zone. The Mustang initially pulled to the shoulder and slowed down before speeding away from the trooper. The pursuit continued on I-74 for nearly 8 miles until the Mustang made a sudden exit onto SR 9 southbound. Trooper Haugh was unable to safely exit without causing other vehicles around him to crash so he continued past the exit and pulled to the shoulder when traffic cleared he was able to back up to the exit. Fortunately, the Shelby County Sheriff’s Department had arrived to assist and they were able to continue pursuing the Mustang. A short time after exiting off I-74 the Mustang crashed over a curb, disabling the vehicle.

The suspect, 30-year-old Logan Edwards IV of Indianapolis, was taken into custody without further incident. He was arrested for fleeing from police, operating a vehicle while intoxicated (narcotics) as well as an outstanding arrest warrant from Johnson County for possession of marijuana. Edwards IV is suspected to have been under the influence of Heroin while fleeing from police. He was lodged in the Shelby County Jail, the results of a certified blood test for intoxication are pending.

All charges listed are merely accusations, the Shelby County Prosecutor’s Office will determine formal charges upon review of the case. All suspects are presumed innocent until and unless proven guilty in court.