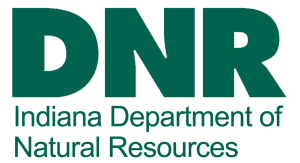 A 29-year-old bald eagle, one of the original eagles brought to Indiana in the 1980s as part of a restoration program, has been spotted again at Monroe Lake.

Bald eagle C43 is the oldest known wild eagle in Indiana. She arrived in 1988 as a nestling from Whitestone Harbor, Alaska. Biologists brought C43 and 72 other eaglets to Indiana to start the bald eagle restoration program, which released young eagles at Monroe Lake with the hope that they would return to Indiana to nest.

C43 may still be nesting at Monroe Lake, according to Amy Kearns, assistant nongame bird biologist with the DNR Division of Fish & Wildlife. C43 is the number on a leg band that helps scientists and wildlife watchers identify the bird.

“This bird may be one of the top 10 oldest wild bald eagles in the United States, with only seven other banded eagles reported living to 29 years or more,” Kearns said.

The latest sighting was on June 24 at Monroe Lake by Stuart Forsythe, who spotted C43 in the Middle Fork Wildlife Area. Stuart captured photos showing the C43 leg band by using a high-quality camera with a long lens.

Bald eagles were on the state and federal endangered species list when Indiana began its reintroduction program in 1985. By 2016, there were an estimated 250-300 eagle nesting territories in Indiana, with 179 bald eagle nests confirmed active.