You’ve heard the phrase “pay it forward?” This isn’t one of those stories. This is “pain it forward” story. Maybe after you read it, you can relate. Last week I went to Penn Station for lunch. Since then I’ve been hiding out mostly. Trying to keep out of public places and away from people. There’s a dangerous bug going around. 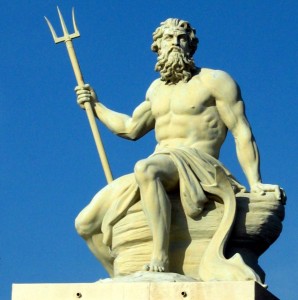 This week’s letter comes from Mark in Beech Grove: Dear Dating Idiot: I’m never quite sure how to end a first date. Should I always try for the kiss or should I settle on a hug? Dear Mark, This is an excellent question and one that many of your fellow readers want to know. There […] This week’s Dating Idiot letter comes from Alan in Irvington: Dear Dating Idiot, My girlfriend dumped me over the weekend and she said she still wants to be friends. Does she really want to be friends or is she just trying to let me down easy? Alan: When a girl says she want to be […]

We here at Godzilla’s Citizen Hideout (the Official Home of Carry On, Citizens!) are always looking for ways we can serve the greater good and help our fellow man (and our fellow woman). During today’s staff meeting, my pet moose suggested that I write a dating advice column. Now, I don’t know what’s more preposterous: […] I was in a department store today with a couple of friends. I’ve always sort of viewed the department store as a flyover venue, sort of like New Yorkers view the Midwest. For me, it was that place you walked through on your way to the other place —the place with the electronics, or the […] If you like your events dipped in batter and fried to a golden brown, the State Fair is almost here! The event’s organizers are calling this the Year of Soybeans. I wonder if they will try to deep fry them. Let’s face it, that wouldn’t be the most ridiculous deep fried thing sold there. We […] 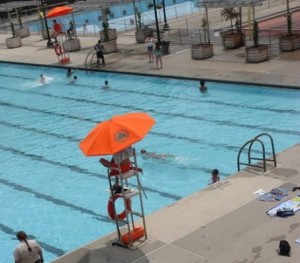 Connersville, Indiana made national news this week. And not for a good reason either. It seems they have their own version of water polo and it’s illegal. According to a WISH-TV report, a couple was charged for public indecency for having sex in a public pool. During the day. With LOTS of people around! Now, […] … but you can shoot a dead Camaro. Well, except in Arizona, where they frown on that sort of thing. It seems that Lauriano Lawrence Lovato, frustrated by the alliteration of his name and the fact that his car wouldn’t start, shot his car. Twice. Both shots went through the windshield and hit the dashboard. B-sides, outtakes and unreleased material. Sometimes stuff doesn’t make it into an movie or an album. The same thing happens with blogs for whatever reason. I was piddling around tonight and discovered some material that was started and never made it into a blog post. This particular one was from a series I was doing […]