Bockbier fests are a spring tradition in Germany, and to join in the fun you can join the Naptown Buzz crew at the Indianapolis Liederkranz this Saturday night! 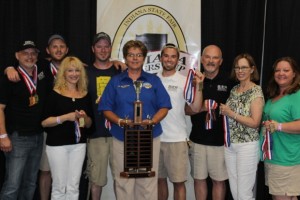 The 14th annual Indiana State Fair Brewers’ Cup set another record for entries.  This year’s event included 1,124 participants.  More than 80 judges from around the country tasted and rated the entries.  Indianapolis’ own Bier Brewery earned the Brews of Indiana Guild Championship Brewery Trophy for the second year in a row after earning four […]